City #16, August 2014. I was warned that while Austria may be republic it is a monarchy at heart. Courtly, formal manners. ‘Oh so sweet to your face, but don’t turn your back on them.’ Which is exactly what one expects to find at a royal court: sycophants and tyrants. I was surprised to find that the waiters were even ruder than in my own city, Amsterdam.

Sissy and the sissies 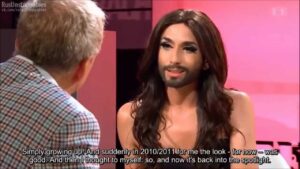 It started with emperors and empresses, the most famous of whom looked like Romy Scheider. They were fond of a music so they invited musicians to play for them, Beethoven, for example, and Mozart, and they played the music that can still be heard along the streets, lanes and canals in your neighbourhood and mine. Opera, palaces, pomp and circumstance. Vienna is the classical heart of Europe.

The Viennese have deliberately stopped the clock: carriages still roll through the streets, along with the Ferraris and the Porsches. Austrians do alright for themselves. Unlike Amsterdam or Ibiza, where barkers try to entice you into a peep show or a nightclub, in Vienna men in white wigs lure you into one of the many concerts staged in the city every night.

I went to one of them. At the Musikverein in the famous Goldener Saal, an orchestra dressed in period costumes played The Best of Mozart. They do it every evening, and the whole world comes to watch, all properly dressed according to their own interpretation of the dress code: the Saudis are veiled, an Australian is wearing a dinner jacket, the Indian next to me is in a suit jacket, and the Americans have on their best Nikes. This is what the tourists want: Vienna represents what the world loves about Europe.

But this week I also met Mario. The owner of a modelling agency and Vienna’s first drag queen. With real breasts, at least a C-cup, which he proudly bares in a Facebook photo. He claims they are a medical wonder, something that occurs naturally in 1 out of 100,000 men. But it could be down to pills giving nature a little helping hand. He runs the agency with the help of his charming assistant, and Marcus, a person as fashionable as he is eccentric. He is tall and thin with a moustache like Dali’s. ‘Are you sure you’re not gay?’ he asks one more time, firing up another Marlboro. Circus Mario. ‘Ok, who are you going to interview? Oh not her! Noooo, please don’t. She looks terrible. I’m giving you her,’ he says pointing to a beautiful model in a photograph on the wall behind Marcus.

And next to that photo, a picture of Conchita Wurst, in all her glory. Wearing a blue dress. She is the hero of the Austrian gay community, no, of the entire country. Drag queens, Conchita, Sacha Baron Cohen’s Brüno, how does it all fit in with Austria’s great classical music heritage? It’s a perfect fit, according to Falco in Rock me Amadeus: ‘Er war so exaltiert, because er hatte flair.’ The sissies are all Mozart’s grandchildren.