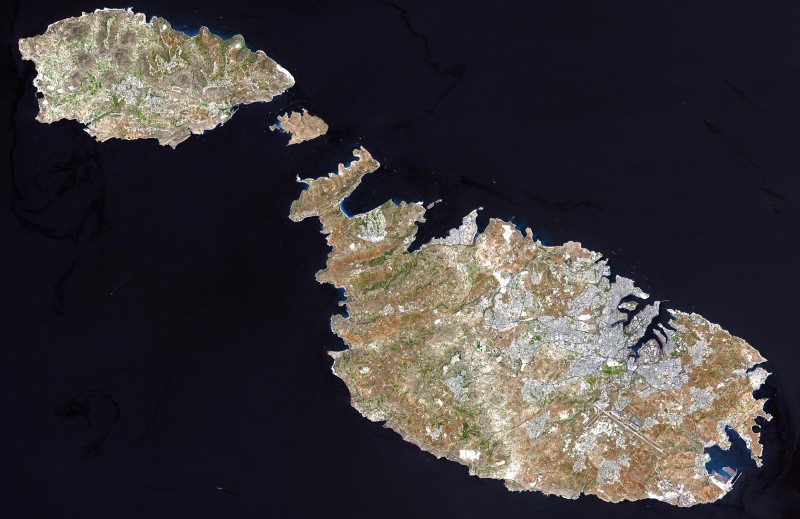 All around the world, the first question the taxi driver asks you once he’s turned down the volume on his radio and flicked his cigarette out the window is ‘Where are you from?’. The initial ‘ah, Holland’ is then followed by an incomprehensible story about a wild trip to Amsterdam, a Dutchman he met there, or an enthusiastic tale of devotion to Kroif, Goelit, Robben of Van Pursie.

But what about those who have to confess to being from Malta? Zero famous painters, writers or scientists. Never won an Olympic medal. If the Maltese national football team accidentally ties a game, the opponent’s coach is fired the next day, which is what happened to the Bulgarian Peney last month. Ira Losco, the local celebrity for Youropeans is the most famous face in the country. She does ads for Coca Cola, Vodaphone, and several cosmetic brands; she once finished second in the Eurovision Song festival, and her Wikipedia entry proudly mentions that she has opened for Elton John, Katie Melua and Ronan Keating.

What’s it like living in a country that no one knows, whose sports teams never win, and whose citizens are happy just to come in second? Maybe these circumstances breed modesty. People who don’t identify with the sporting/singing/artistic talents of complete strangers who happen to live in the same country, even if they are themselves completely devoid of those talents. These same circumstances also foster a homogeneous society in which voter turnout is 90% (even in European elections), the few criminals are known to the police, and corruption doesn’t stand much of a chance. A country with just 100 surnames. On second thought, that might not be too healthy. Just as well then that every now and then planes and the occasional boat land a bit of new blood on the island.