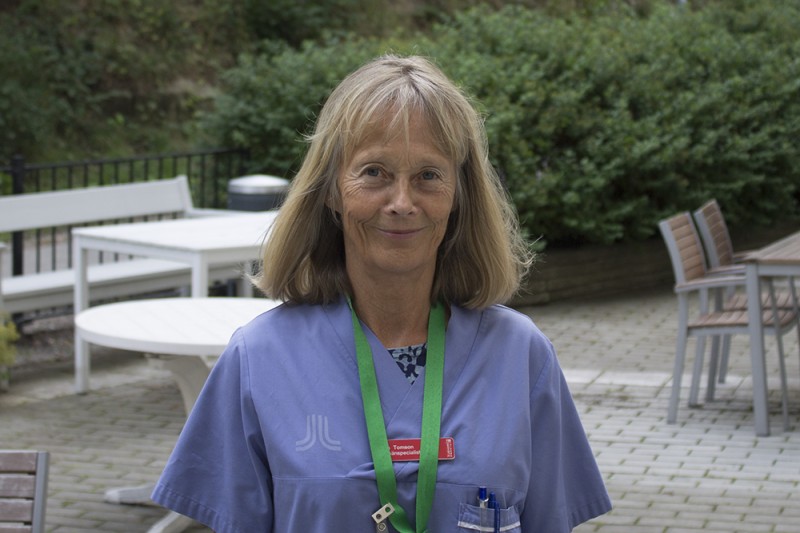 Ylva is a general practitioner in a clinic on the outskirts of Stockholm, near the docks where the massive ferries to Tallinn, Helsinki or Saint Petersburg tower high above office buildings and apartment blocks. Born in the same year as Agnetha Fältskog, she is now 64, but has somehow retained a girlish appearance – she must have been just as pretty as the ABBA singer. She is sitting behind her desk, and naturally she starts the conversation with ‘how can I help you?’ and just as naturally I’m thinking about my headache, a bad knee and a sore throat. But instead I mention the state of the clinic: very well equipped as far as I can tell.

‘It is more or less the way all healthcare centers look in Sweden,’ she says. ‘They are very modern; the aim is to have everyone start at this level of general practice. Then we are the ones who decide if a person should to see another specialist. Patients cannot see a hospital specialist without a referral from me. ’

And the insurance doesn’t pay unless you have signed?

‘We don’t have that system,’ she explains. ‘I mean, in a way everything is determined by taxes. They pay for the entire healthcare. Even for the private clinics. You can’t open a private clinic if you haven’t got a contract from the authorities. They get only a small amount from the patients, and the rest from taxes. So they are not paid directly by people.’

I was wondering what you think: is there a difference between you and, let’s say, a Greek GP?

‘Yes, I think there is. I actually got a grant from the EU to go to Greece. This was a long time ago, maybe 15 or 20 years. At the time I wrote to Stockholm to say that 40% of my patients were immigrants, mainly from Greece and Turkey. They were overweight smokers. I thought this must be reflected in their health care values. Hence, I did a study on my population in that center, to compare and test my theory. I got a grant to go visit Greece, where I stayed for a few weeks. After sitting with a Greek doctor, I could see that in many ways our procedures and cultures were different. First of all, they seemed to smoke a lot more. Furthermore, here we see an average of twelve people a day and there’s a huge amount of administration. In Sweden everything has to be smart and safe.’

Only twelve a day?

‘Yes, it’s not very much. A German colleague was surprised as well; they see twenty patients a day. But after several months, she realized that having just twelve patients is still a lot of work because it involves so much administrative work. In addition to those twelve patients, we also have incoming messages on our computer from hospitals all around, contacting us about our patients who visited their emergency room. So there are only twelve people in the room, and the rest is truly computerized.’

And did the Greek doctor see more patients?

‘Yes. Every patient is worth money and that’s the only way to bring in money. I get my monthly pay if I have one or a thousand patients every day – it’s the same paycheck for me. In those countries, if there are only two patients a day, they won’t have bread on their table. They have other incentives. I have thirty minutes for every patient and I can do what I need, I can check all the tests in that time. In Greece, they have to do it faster but more often.’

Maybe all doctors have similar personalities, and characteristics?

‘I’m not sure. Both of my sons are doctors and they say they could never endure life as a GP. It’s too much work and they wouldn’t like the consistent routine. I think it’s easier to like this work if you have a certain way of thinking. You have to be able to not worry too much because some doctors struggle with this. They will go home and wake up in the middle of the night and ask themselves “Was I right?” So it can be difficult for them.’

As a 64-year old Swedish resident, Ylva has certainly had her share of experiences. I’m eager to learn about how her life changed when Sweden became a part of the European Union.

Ylva explains that it wasn’t particularly noticeable. ‘It was a slow process,’ she points out.

Does it influence your job in any way? Do you have new European regulations?

‘Some. For example: someone decided that starting next year, all medical records will be on the internet. Patients are worried about their privacy, the system being hacked, but also about our record keeping. I need to be a bit personal in order to retrace my steps. For instance, there is a very well-known person in the neighbourhood, who happens to own a dog. That is information I would include in my records to remind me. So if I write this and she finds out, she will think “Oh, I am the dog lady.” We think that because of the change, we will have to censor our own records and we don’t like it,’ she explains.

A short silence and a puzzled face follow. She then agrees, but doesn’t seem very convinced. ‘Eh, yes. Both European and Swedish. Some time ago I was traveling through the U.S. for a while, and when I came back home I thought: “Hmm, I’m European,” as opposed to being American. I mean, with America, we share the English language, which most of us use. We have the same religions, the same interests. To many people it would seem more natural that we are more or less American. But I felt that we, people in Europe, we’re not at all American. In our mind we are Europeans, there is a real difference.’

What is the difference?

‘I think for me, it’s our common past and our closeness. Maybe the EU has contributed a little to this feeling, but I also think local carriers like Ryan Air have helped to make us more European. Before the arrival of the low-cost flight companies, everyone had to see London, Paris and Copenhagen. But now we have seen them. We go to small places we had never thought about, because it’s almost free. I’ve been to smaller cities that I wouldn’t have considered otherwise.’

Ylva admits that she doesn’t know enough about the EU to form a real opinion on their way of governing, but she is very strong about one thing: she wouldn’t like a European government. She wants her own country to make their own decisions at all times.

‘Definitely. And in Sweden, we no longer have an army, because we don’t need it.. We are united in the European Union and if necessary, we can fight together. But for me, the most important thing is the environmental questions, because those have to be solved together. I think it’s the best reason to have the EU.’