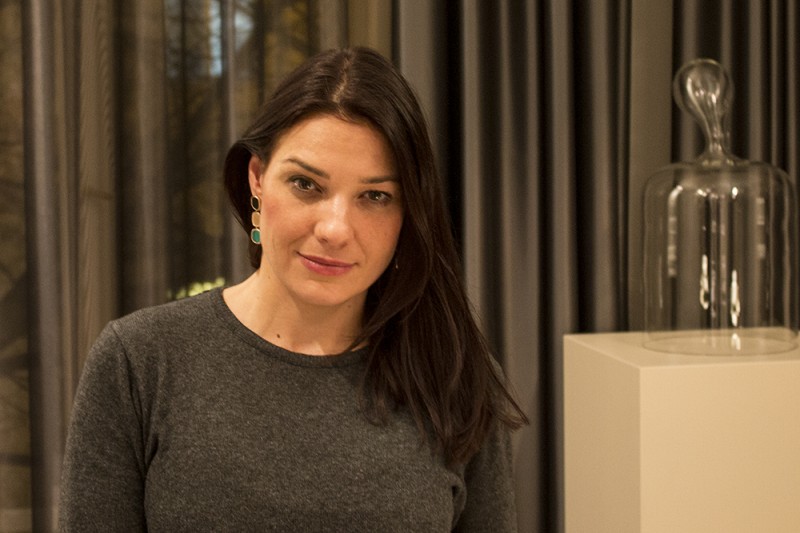 ‘I’m not Kazakh really, I’m Russian. My mom’s a Russian, my dad a Polish Jew who was born in Ukraine. Me and my sisters were born in Almaty but we all had Soviet Union passports. At that time, many Kazakhs didn’t even speak Kazakh, the country was completely Russianized. We were brought up with Russian culture, like ballet and Pushkin. So in my heart, I will always feel Russian.’

If immigrant is the right word to use in this context, Anna has made being an immigrant her profession. Anna always knew she didn’t want to stay in Almaty. Growing up in the former Soviet Union with no possibility to travel, she felt like a prisoner.

While still at university, she married an Australian who was working in Almaty as an expat. The plan was to move to Australia within a few years. ‘I had always dreamt of moving to Australia to get an education and work on my career.’ Anna reminisces, a dreamy look in her eyes.

Instead she followed her husband’s career moves around Eastern Europe, finally landing in Czech Republic. Kids followed shortly after getting married and her plans for a career had to be put on hold.

‘Although my main priority was looking after my family … still I pursued my own interests: trained to be an aerobics instructor, followed online courses in marketing and psychology’

7 years later, her kids older, the newly single and more independent Anna got her first full time job in Prague. 7 more years and she is presently in charge of an exclusive Italian jewellery brand – Roberto Coin.

We meet in Anna’s office, an impressive room at the back of one of the stores. The large glass table is the eye catcher in the room. The table, along with the tea set on it, reveal an expensive taste. Pictures of Roberto Coin’s extensive line of jewellery are dotted around the room. ‘It’s still a family company even though it has more than eight hundred sale points around the world. Here I feel I can make a difference, create something, in comparison to the corporate world where you are just one of the ‘soldiers’. The owners of the company appreciate my ideas for marketing plans or campaigns, rather than me having to fight every step of the way’ Anna gleams. I can see she feels at home. Here, and in Prague. That wasn’t always the case.

‘During the first years in Prague our lives were very limited to the expat community because I was so set on moving to Australia. We didn’t try to learn the language well, the kids went to international school.

Also, I only saw negative things about Czechs and about their attitude towards Russians. When we eventually decided to stay it took us a lot longer to assimilate. That’s one mistake I made, you have to do the best you can while you’re living in the moment because you can never predict the future.’

So when you didn’t want to assimilate, you only saw their negative attitude towards Russians.

Yes, you tend to generalize what you see, rather than blaming it on a few silly people who only think about the Russians invading the Czechoslovakia a long time ago. They generalize and you start doing the same; “They never smile, they’re not friendly”. Now I know I can have a grumpy waiter in any country, it’s not just a Czech thing.’

But still, I remember the Dutch having a serious problem with the Germans because of the Second World war. They didn’t want to drive through Germany, or buy German cars for years. Only in the last ten to fifteen years has this changed. The Second World War was seventy years ago, the Cold War only twenty-five years. I can imagine that a lot of people still feel resentment towards Russians.

‘True, but here in the Czech Republic I don’t think the resentment is only limited to Russians. Historically the country was under occupation from different nations, naturally Czechs are wary of foreigners, but it is changing with the new generation. Some of my best friends are Czech. When I arrived here fifteen years ago, people acted differently when they heard my accent. Nowadays kids choose Russian as an optional subject because they understand the business value of it.’

Anna wears a striking pair of earrings made out of a set of three colourful stones – she’s a walking advertisement for her brand. Her low-key clothing style actually enhances her beauty, which can’t be denied. Her hair matches her dark eyes, which twinkle with self-confidence and stamina. Speaking of generalizing, I have heard my fair share of stories about Russian woman being gold diggers. Not Anna though. She markets gold.

You mentioned you’re a citizen of the world. Do you feel European?

Anna takes a moment of silence, mulling over her answer. ‘I don’t know, probably yes. I travelled all over Europe and visited so many beautiful places. On the other hand I guess my bond with Europe is not that strong as I’ve been dreaming of moving to Australia half my life. It’s confusing.’

Russia is also partly European. What’s the biggest difference between Russia and Europe?

‘I can only speculate as I never really lived in Russia itself, even though Kazakhstan was then a part of greater Russia, but in my opinion Russians are a bit brain-washed. For them, Russia is the centre of the universe whereas Europeans are more worldly. Also, it upsets me when the whole nation is judged by so called ‘new Russians’ whereas so many educated and cultural people simply don’t have the means to travel’

Is there such thing as something ‘typically European’?

Another silence. Anna brushes her hand through her long hair. ‘I think I associate Europe with a lot of culture. Museums, beautiful architecture. There are so many countries and languages.’ What about shared values? ‘I think in Europe, we have more freedom of choice. We can move freely as individuals, as opposed to Russians or Chinese.

‘Hmm, no. Maybe the same as in America and Australia.’

Then perhaps that’s a Western thing, not a European thing.

Anna squints her eyes, a smile appears on her face. ‘True. But European is still more cultural. In Australia there’s not a lot of old architecture, it’s all new buildings. When people from the States come here they walk around like they’ve landed in a fairy tale, they’re in awe of all the old buildings and the cobble stone streets. Here, in Europe, we have the best of both worlds.’

In a few months after our interview, Anna turns forty. Many women would be afraid of this, but not her. ‘I decided to give myself a big birthday present, so I’m going to celebrate my birthday in Rio de Janeiro with my favourite French man and my dear partner, Philippe. I invited all my friends, I’m sure a few will come. It will be fun’, she giggles.

You don’t look forty at all.

‘I know, I don’t feel like it either. At this age, when you know what you want and mostly important what you don’t, you can finally have peace of mind, not always of course, but most of the time. That’s why I raised my children to be completely independent and self-sufficient. So you can afford to be free.’