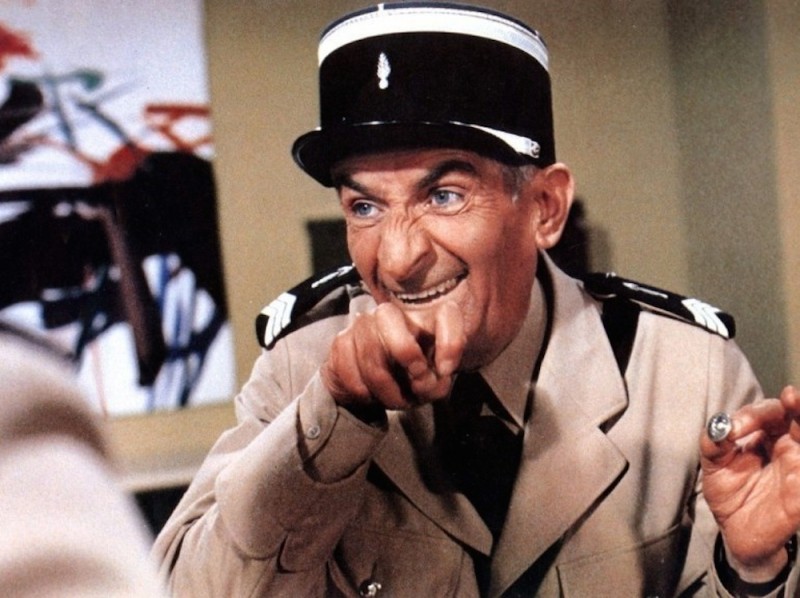 He’s not my favourite, but many people think Louis de Funès playing a crazy policeman in Saint Tropez is funny. And then there’s Inspector Clouseau: clumsy, funny and very French. I know these roles aren’t based on true stories. I now know that the French police are not funny. Not funny at all.

I had submitted my request well in advance: three weeks before my arrival in Paris. I wanted to speak to a policeman, I explained in an email sent after I had spoken to someone from the Paris Police Press Office. I would be in Paris between Monday morning and Thursday afternoon, these would be the subjects I wanted to discuss, in either English or French, and I wanted to take a picture.

No response after 4 days, so I called them again. ‘Did you request this via email?’ a policeman asked. Then it wouldn’t be a problem. Two days before my departure I still hadn’t heard from my friends in blue, so I called again, and was told not to worry.

Once in Paris, becoming more and more nervous, I called again. ‘To what address did you send the email?’ a policewoman asked. ‘Aha, that is the right address, but we haven’t received anything from you, so there must be something wrong with your email.’

I sent the email again, which she said she would not receive until 15 minutes later -‘because of security’- and when I tried to express my displeasure about the whole thing, she interrupted me: ‘Calmez un peu, vous parlez avec la police!’

So much for egalité.

The next day the police said they had received the email, which was good news, but they had to transfer my request to another office, as they did not have the authority to decide such these matters. I just had to wait. You’re leaving town the day after tomorrow? What a pity, but no they weren’t sure if they could arrange the interview in time. They would call me back. But of course they never did.

I asked somebody from the Dutch embassy for help. ‘Your story sounds familiar,’ he said. ‘The French police don’t like to talk about European matters, and they don’t like to talk to journalists. They’ll probably want to know the exact questions you’re going to ask and will check everything before they allow you to publish.’

Back in Amsterdam I called again, the next week. And the week after that. Sometimes they couldn’t find my emails, and they told me to send them again. And always promised to call me the next day.

Finally I spoke to a policeman, who told me this: ‘The Paris Police don’t talk about their work. We are not allowed to. And I don’t believe that my colleagues promised to respond, because the Paris Police doesn’t respond to anything. No, I’m not going to confirm this in a email. Au revoir.’

Two weeks later I wanted to make a little film to promote my book, in which I would say a line in every official EU language. The embassies would translate and desperately try to improve my pronunciation on the spot, over the phone (Hungarian, Maltese, Finnish and Slovak aren’t languages I speak every day). All of them were very friendly and helpful, except for one embassy. ‘You can send an email and maybe we will reply next week.’ Vive la France!