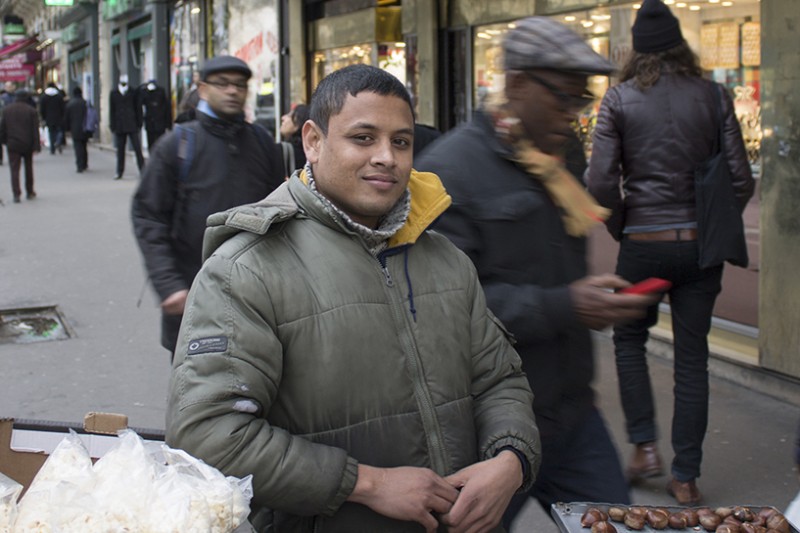 An immigrant is someone who lives in a country but wasn’t born there. In France, like the US, almost everybody qualifies as an immigrant – or, to be more precise is descended from immigrants: they have at least one grandparent who wasn’t born in the country. Dominique Straus-Kahn (Tunisian), Patrick Bruel and Bernard-Henri Levy (Algerian), David Guetta and Edith Piaf (Moroccan), Albert Camus and Luis de Funes (Spain), Rene Goscinny and Roman Polanski (Polish). Even the country’s most famous musicians have mixed ancestry: Charles Asnavour is Armenian and Johnny Halliday is from Belgium. Nicolas Sarkozy is Hungarian/Greek. Weeks before the French national football team played the World Cup in their own country, right wing politician Jean-Marie le Pen said the team could never be any good, because it consisted almost entirely of foreigners. But captain Zinedine Zidane, whose parents are Algerian, proved her wrong and won the trophy for this ‘rainbow-nation’.

So it isn’t hard to find an immigrant in Paris. In fact most of the other people I interviewed in Paris are of foreign descent: doctor Serge is Algerian, JC de Castelbajac is born in Morocco, Paule is from Martinique. But Abdul hails from a more distant country: he is from Bangladesh. He sells roasted chestnuts on Avenue Magenta. Chestnuts are his main product, but his cart – his mobile kitchen/shop/storage area – also contains a few plastic bags of pop corn.

It’s not easy to talk to Abdul. Not because he doesn’t want to – he’s actually friendlier than most of the Parisians I met – but because he speaks only a few words of the European languages I speak.

‘Why did you come to Europe? Per che? Pourqoui?’
I wonder how profitable the chestnut business is. They don’t look very appetising, and  many of them are burnt.
‘Why France?’
‘Here is better.’
‘Because of the weather?’ I point at the sky. It is raining.
‘No.’
‘More money here?’
‘No.’
‘For political reasons?’
‘Yes,’ he smiles. ‘In Bangladesh I had political problems.’ He reaches into his pocket, finds a carefully folded piece of paper protected in plastic. The paper states his name, his religion –Muslim – and his status: he was granted asylum. I’m not sure how dangerous his life in Bangladesh was, but the next thing he says is: ‘Here is good. I receive 1300 euros every month.’
‘And the chestnuts provide extra income?’
‘No, I do this for a friend. He’s in Italy now.’
‘But what do you want to do for a living?’
He smiles, he does that a lot. ‘I don’t know.’A man in a suit stops to buy chestnuts, 14 for 2 euros. Abdul rolls a cone from a page torn from a magazine, picks out 14 of the least-burnt chestnuts.
‘Europe is good,’ he says, smiling.