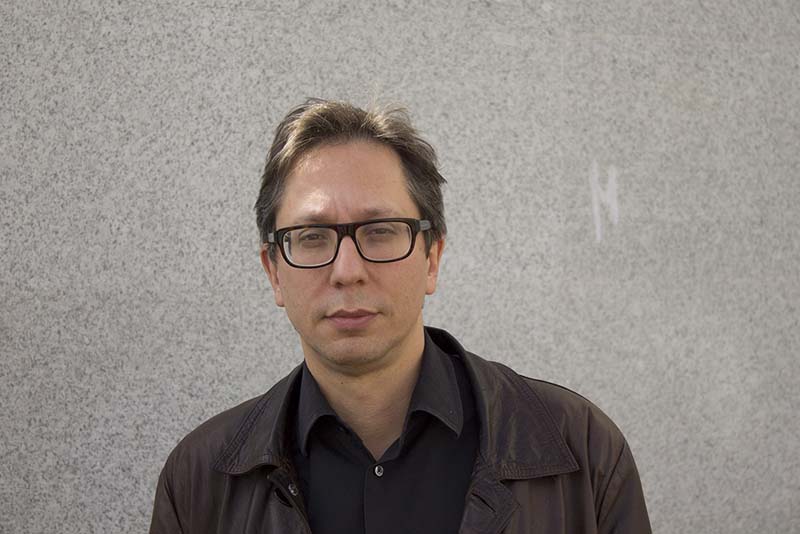 It is called CA2M: a fitting name for a museum of contemporary art. ‘But we are very conventional,’ Ferran, the director says. ‘Nothing fancy: we just try to do good exhibitions, good public programmes and good educational programmes. It’s as simple as that.’

But the most remarkable thing about the museum is not its name, but its location.  CA2M is situated in Móstoles, a rather poor suburb of Madrid, not kind of place where you expect to find a museum like this. ‘Was it a political decision, an effort to “bring art to the people”?’ I ask.

‘We have broken the unwritten rule that everything should be in the centre – Spain is very centralised. So let’s say that here a lot of people will have their first art experience. Only 10% of our visitors are tourists, 40% are art-lovers and 50% locals.’

Ferran, 45, originally from Argentina, studied art and museum studies in Barcelona and New York. ‘I was shaped at the New Museum, in New York, a very important museum in the 80s. I assisted the director, Marcia Tucker, my mentor,’ he says. ‘I worked on a project that very few people have seen: an exhibition in the White House. Wait, I’ll show you.’

He searchs in his little laptop, turns it to me: ‘This is what happened eventually.’

A picture of Hillary Clinton with a very shy Ferran.

‘She looks quite good in this picture,’ I say.
‘Much better than me. I didn’t have her stylists.’

‘You work with artists, did you never want to become one?’
‘No, I couldn’t. I am not creative. And I don’t know how to go from the universal to the particular. That’s what artists do: they bring it as a story or something certain.’

‘Was that easy to accept?’
‘Yes, you have museum directors and you have artists, although artists can do more; their way of thinking can be very useful in other fields. No frustration there.’

He asks me about the Rijksmuseum: ‘What is the most important piece?’

The Night Watch, of course.

I lie and say I can name two of them.

‘That’s no surprise,’ Ferran says, ‘because the Night Watch is not about the names, it’s about  the expression of urban power, symbolic of the position of the Netherlands at that time. But in the Prado you would the name of almost everybody. We are still a baroque country, it’s about using effect rather than reason to convince, to visualise power.’

‘Do you consider yourself Spanish?’
‘Identity is a dish that you cook very slowly. I moved here when I was 8, my wife is Andalusian, I have two kids, one born in Barcelona, the other in Madrid. So, you tell me? Identity has many layers, maybe.’

We are on the ground floor of the CA2M, in the lobby. Today the museum is closed; cleaners are sweeping the white concrete floors and stairs. Ferran talks passionately about art, about his museum, but also about Europe: ‘We need to re-ideologise Europe. The union is too much about economic structure, while it should be more political and cultural. Not a lot of effort has been put into the latter, because culture is linked to national identity and the EU wants to distance itself from that. And therefore we need leadership. We lack that now. If you ask for names in the European structure, I don’t know. I know the French minster of culture, that’s all.’

What is the EU doing for culture?
‘Very little. The budget is very, very limited. But in practice, the EU helps, in the sense that it’s easier to transport works of art, we don’t have the hassle at customs anymore. They could make other things easier too, to start a trans-border association, for example. Like the association of art people I’m in now. Every year there’s a new president, and every year we have to draw up a new legal framework. We can’t establish a European legal organisation. It’s a symptom of not solving certain things: let the European civil society organise themselves at a European level, not locally.’

Is there a European Dream?
Well, I would wish for a deeper and more intense involvement, the feeling of being represented, which would also lead to more democratic support. Now there is a certain fatalist approach to Europe: we have to do this and that, like we’re not in charge of it, as if it’s not our own choice. I don’t feel represented. Europe is now a place where our rights are being restricted, it seems, not protected. I want Europe to plant a flag of safety, culture, democracy – maybe these are the values of the French revolution. The money is somewhere else, in China or Asia, but the values should be in Europe, they’re better – no discussion. Of course we have to be careful with other cultures, but we should lead by example, with our values. ’