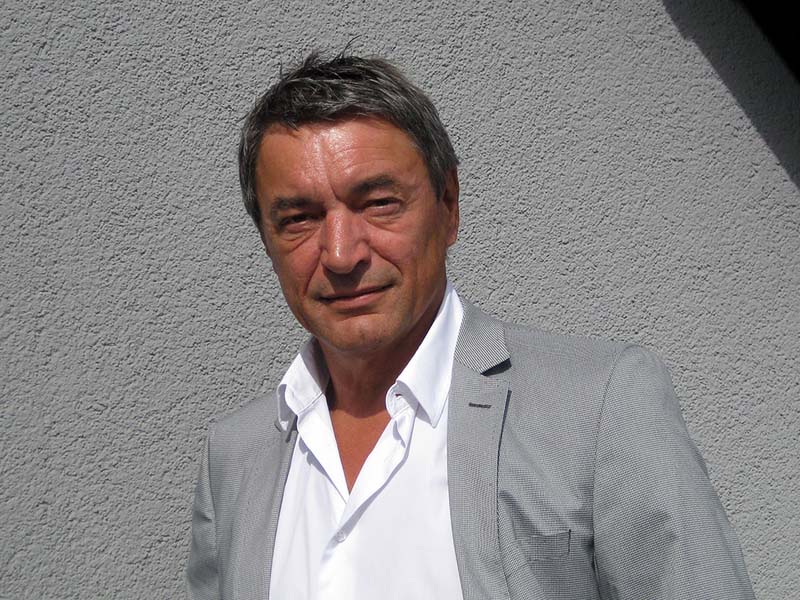 ‘Do you still cut hair?’ ‘Only for shows and training, not for normal customers.’ ‘Your dad’s English is very good,’ I say to his son, who is sitting on the other side of the table, ready to interpret if necessary.

Lionel started in the 70s, in London, working for Vidal Sassoon. ‘He was really important: he changed the way working people thought about haircuts, after him they wanted one that was easy to manage, easy to maintain, one they could wash every day. Now they come every month for cutting, for colouring – washing they do at home. Customers have changed over the years, they have less time, and hairstyles changed too: easier and easier to maintain. Except for the stars, of course. They set the standards, the looks.’

He looks like a French playboy actor at the end of his career, so of course he smokes and of course he’s wearing an expensive looking watch. At 57, he is the most successful hairdresser in the country, with 12 shops, 140 hairdressers and 10 office employees. And two perfumeries, run by Lionel’s wife. A few minutes later I could see her car – a sleek Porsche – parked in front of the office.

‘My goal was to not stay behind the chair, and to be able to stop at 50 – I succeeded in both. I’m still happy to get up every day, to solve the problems I am presented with, to train my staff.’

He shows me a large photo book. ‘This is our Bible. It has all the cuts I learnt over the past 25 year, and everybody inside the company has to know them. Here, Toni & Guy, there Vidal Sassoon. You see the geometry? It’s like architecture: you use this angle and then you’ll have this result.’

‘What is the image of a hairdresser?’
‘The problem was that the salaries were very low. You know, if you could write your name three times without a mistake, you could work for a bank. And if you could do that only once, you could become a hairdresser. When I was working in the shop I was a hairdresser – bad. Now I’m regarded as an entrepreneur, and now I talk with lawyers, I’m accepted. First they take you for stupid.’

But he certainly isn’t. He has rather outspoken opinions on many subjects. On Europe for example.

‘Do you know where the father of Europe is from?’

‘Wasn’t he French?’ As a French Minister of Foreign Affairs he was one of the founders of the European Coal and Steel Community, the predecessor of the EU (he was also founder of the Council of Europe and NATO). He was born in Luxembourg, I knew that much: I had passed his birthplace.

‘He was born here. Schumann told us that being part of Europe was a privilege, but that is no longer the case. These EU people really are the last raubtritter, robber barons.

For example, under pressure from Europe, the tradition of bank secrecy will be history as from 2015. That’s going to be a blow to the 40,000 people working for banks.’

‘They can write their names three times, so they might become hairdressers,’ I say.
Lionel is not amused. ‘The middle class is disappearing,’ he says. ‘A retired Luxembourger gets 7,000 euros per month. We could pay that because of the banks. Who will pay for that then? ’

Silence seems to be the appropriate response to that question.