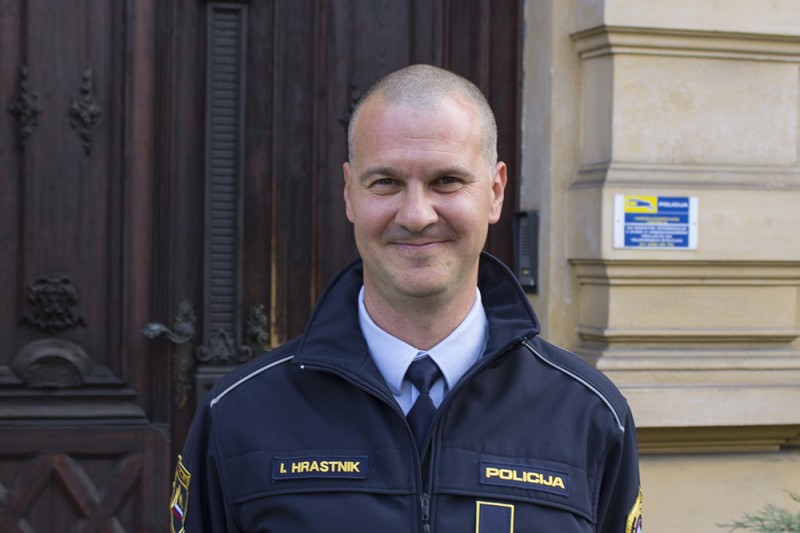 The illegal immigration route from Greece through the Balkans to the rest of the EU has become very popular. And Igor (40) is responsible for protecting these borders. A tough task if you ask him.

What exactly is your job here?

‘I am a police inspector in the police force of this directory, Ljubljana. My colleagues in my division and I are responsible for the protection of the Schengen border in the Ljubljana area. This includes everything that goes from inner borders and passing through Ljubljana, and also foreigners working or living in Ljubljana without a permit. So it is a bunch of things.’

What are the Schengen borders in Ljubljana?

‘So my working area is border control and everything that involves foreigners. I have been taught that foreigners have rights. Every human being has rights. Only one criterion applies: are you breaking the law or not?’

Is it an easy task?

‘It isn’t. Our state has its own problems. There are many routes to get to Europe on the map. Slovenia is not as important as, for example, the Turkish, Greek or Italian borders, or Spain’s border, but still there are some issues. Especially those involving our neighbors from former Yugoslavia. The Balkan routes are important.’

Why did you become a policeman?

‘When I was a little boy I liked reading Sherlock Holmes. I really liked his use of observation and logical thinking. I went to the police academy in 1988. And I became a police officer in 1992. Just after the war of independence. It has been always in my nature to want to fight crime. So this is the main reason I joined the police.’

What does the European Union mean to you?

‘I feel European. In practical terms, it means we have the same market, currency, freedom of movement, and I can work in other EU-countries. That is really good.’

Have you tried working somewhere else?

Which country did you try?

‘Once to The Hague, in the Netherlands. Europol is based there. I took a Frontex course in France as well. It is good to have these possibilities. The system enables you to bring your family with you to that post. You get an allowance, so you could actually live in The Hague.’

You should come, it is a nice place! Have you been to other countries in Europe?

‘I really wanted to see England. So I contacted, the British station of the international police association. It is an association of police officers of all over the world.’

‘Yes, in some countries they have houses where you can stay. But in England they didn’t. Only in Scotland. However, I wanted to see London. So I contacted IPA in London and they told me: we don’t have any accommodation for you but we can give you the phone number of a retired police officer in London. I phoned him almost every day, begged him and finally he helped me to come there. He was really a perfect man. Every day I drank tea with him. He told me where to go for cheap shopping and where I could find a pub where the beer wasn’t too expensive.’

That is a great story. Have you visited any other places?

‘I was in France, Germany, Italy and I often go to Austria. Mainly for holidays. When I was a little boy we would always go shopping for example in Italy or Austria. Maybe now these times are coming back.’

Is it becoming cheaper there?

‘Yes, now it is okay, because we have the same market in the EU. There are no customs.’

Is there still a crisis in Slovenia?

‘I think for the moment things are stable. But times are different times, yes, because of the crisis. But I’m sure in the whole history of police, we are crewman. You don’t become a policeman for the salary. You do it because you want to do something good. That’s what it’s about.’