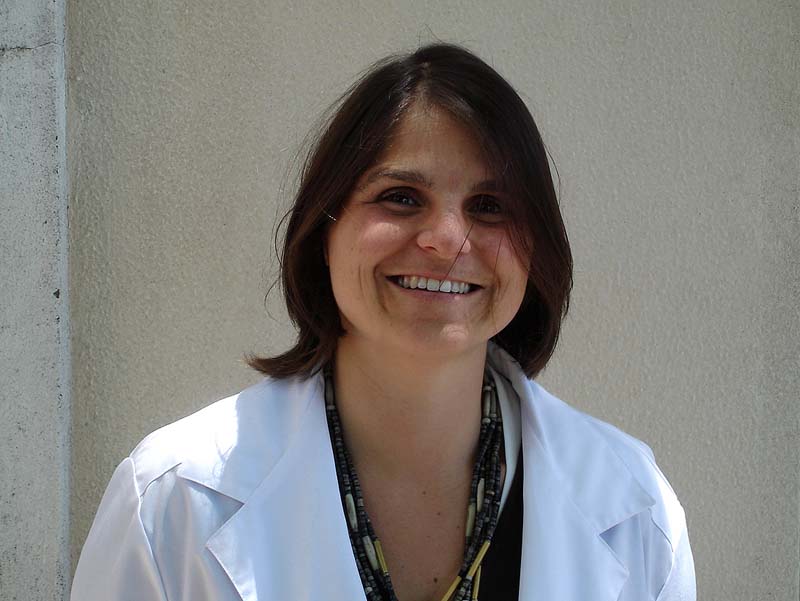 The St António dos Capuchos hospital is not what you would call modern.  Some buildings are centuries old, its chapel for example. At the same time, maybe because of the charm and history, it’s a great place to work. At least according to Maria, 28, a surgeon. She’s sitting on the patio of one of the hospital’s lunchrooms, along with some forty other doctors and nurses.

‘I’m a general surgeon. I spent six years in university, one year to become a basic doctor, then six years to become what I am now. And I could specialise in another field, but I don’t want that.’

She is sharing a table with three colleagues, two her own age and the third her boss, a serious looking man with silver glasses and silver hair.

‘Did you always want to become a doctor?’
‘Yes,’ she says immediately. ‘It’s a childhood dream. But I’m lucky that I succeeded. You have to be a really good student at school, 18 out of 20, to get into medical school.’

’17,’ one of her colleagues corrects her. I’m interviewing Maria and not one of the others because they told me they didn’t understand English. They seemed to have learnt quickly.

‘What do you like most about your job?’
‘The contact with the patients, but also the butchery, the chopping and sawing.’

Now they all laugh, even the old doctor.

‘Are you good at your job?’
‘Don’t know. It’s not for me to judge.’ She looks are her boss, but he pretends to have lost his understanding of English again.

‘What do you think is the difference with other countries, with other doctors?’
‘Our capacity to improvise. We’re not like Germans. Of course we follow rules, but there’s always some room. And we’re good in relationships. We listen to our patients, that’s important, decisions are made with them, we don’t dictate. It is important that the patient sees what he can do to get better.’

The whole table nods in agreement.

‘What about your status?’
‘It’s not as it used to be. It’s a privilege to me, but to others it’s just like any other job. Even though most people know it’s more difficult to become one, that it takes many years of study.’

‘What do you think of Portugal?’
‘It’s the best!’ All her colleagues cheer in approval. ‘The people, the beauty. And we have the light. Even in this crisis I would never want to leave, though many are. Like my brother, he’s gone to Kazakhstan to work and has taken his wife and three children with him,’ Maria says.

‘It’s Brussels that got us into this crisis, by the way, the monetary union to be precise,’ the old doctor adds. Apparently he is also a part time-economist. ‘The euro increased inflation, and it decreased our influence in Europe,’

‘The crisis is bad,’ Maria concludes. Most of her colleagues finish their coffees, pick up their trays to get back to work.

‘What’s your favourite country?’
‘Sweden. Never been there, but I like the idea of Sweden. And I guess I like Swedish men,’ she says. ‘I like to go on holiday to Germany and France. They are good countries to go to – and to leave. Most friendly? The Portuguese! Apart from them? The Portuguese. Okay, the Spanish and Italians.’

She has to go too. ‘Students are waiting. This afternoon I’ll be giving a workshop on trauma.’