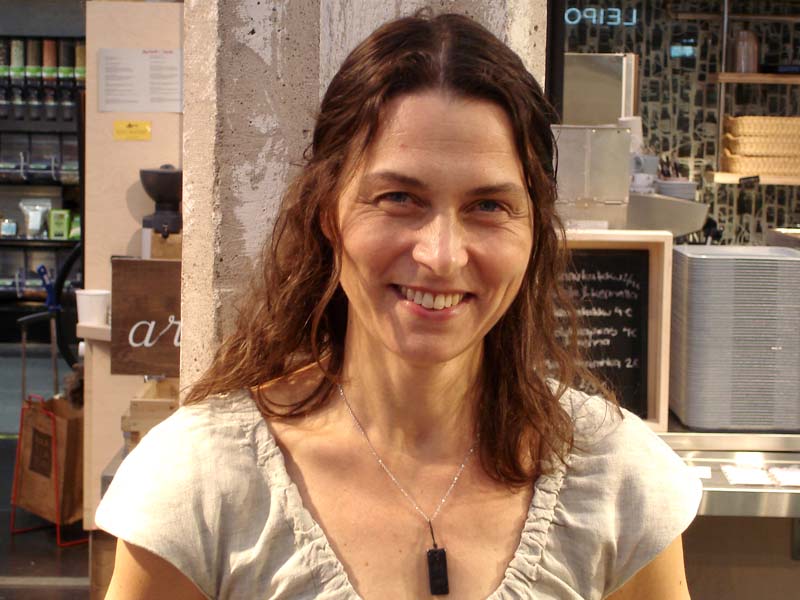 We meet in front of the National Theatre and she’s exactly on time, but then  she’s Finnish. ‘Here’s where I did my last show,’ Hanna says. Slender, about 1m70, she is a former dancer, who has been a choreographer for many years. ‘It was a piece with 33 elderly people in it, and it was about the Finnish civil war. Really special. Their memories of this episode had been suppressed, but they resurfaced during the rehearsals when they began to move.  The memories returned and were being shared, for the first time in some cases.’

‘Is that unusual?’ I ask.
‘No, not at all,’ she says, walking to her favourite coffee shop. ‘I’ve seen that happen often. You see, we live too much in our heads, and not enough in our bodies, but our bodies are really wise. I don’t do dance therapy, but yes, my work helps. This piece helped to heal the traumas of these elderly folks. The most important thing for me as an artist is to show the history of a person through his body. Does that sound complex?’ she asks, probably reading some question marks in my face. ‘So if I work with you,’ she continues, ‘I want to know you, about your life, not only do I want to study how you move, but I really want to meet you as a whole person. I want to watch how you lift your arm and understand that it’s only you who does it that way, and I want to know why you do it like that. I want to be close to a person, even if I am choreographing a piece with over thirty people.’

Hanna walks gracefully. I lumber alongside her like a rhino. Sometimes she stops and turns to study people passing by. ‘Sometimes I actually follow people because I have to see how they move,’ she admits almost guiltily.

‘In my pieces I mix professional dancers and people who have never danced. I also mix theatre and dance, and my work is about social issues. That’s my triangle. Like the performance I did last year with Amnesty, with asylum seekers. It was difficult, not only in practical terms because you don’t know whether they’ll be in the country the whole time. But also emotionally: was it okay to work with them? Was I giving them false hope? Should I give my house to him? Should I collect all my toys for his children?’

‘Aren’t you making things too complicated?’
‘Maybe,’ she says. ‘But that’s my art.’

‘And what about the audience?’
‘What about them? I want to wake them up. And I want to touch them, but not only through aesthetics, beautiful movement.’

‘Does it always work?’
‘No,’ she laughs. ‘But don’t think I’m anti-audience or anything. Of course not. I believe artists have a function, but on the other hand they should make things that people want to see, they should do both. I always think about the audience, what would I think if I was in the audience.’

She shows me a picture of her children, all very blond, three boys and a girl. ‘They also perform in my show, they like dancing. And making music, they actually form a band, playing cello, violin, guitar. They adore The Beatles, but they also write their own songs.’

‘They didn’t want to play football?’
‘We tried, but they weren’t really interested.’

‘What’s it like to be an artist in Finland?’ I ask.
‘It’s not easy, it’s a constant struggle for money . I have a government grant for 3 years, the maximum period, which pays 1300 euros per month. I don’t have to explain what I do with it. But you know, with four children that’s not enough. So I have to work a lot. Fortunately I have a name, after 20 years, so people don’t expect me to work for nothing. And I do company workshops and training,; they pay well. But the thing is, as an artist, you basically work all the time. All those questions in your head!’ She laughs. ‘You can’t say now I’m working and now I’m not.’

‘How are artists seen in Finland?’
‘Don’t know… there are only a few artists in Finland, we all know each other. But I’m acknowledged in my field.’

‘Do you like living in Finland?’
‘I feel at home in Europe, I couldn’t work in the US for example, can’t explain why. I could live in Amsterdam, I lived there for a year as a student, or France. I speak the language, because I was an au pair in Switzerland. But I must admit that I don’t have strong opinions about Europe. All these opinions… People want to have big cars, big houses, big opinions. Maybe people should listen more to one another. That Greek affair for example, I don’t like looking at people like that, “you’re Greek” or “you’re disabled”, we’re all human beings and our situations are different. I don’t label people, my work is all about letting go of these labels.’