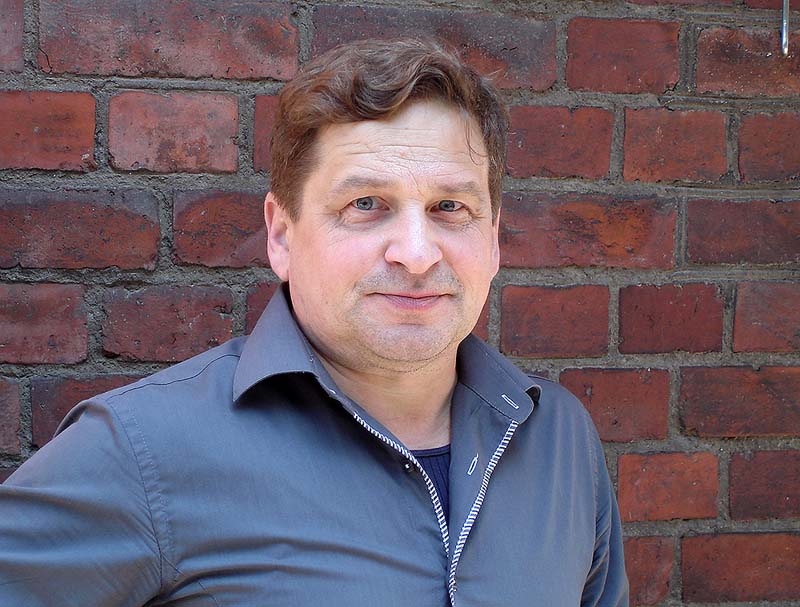 ‘When the shop opened in ’64,’ Aare, the owner, says, ‘they only sold bananas. Once a week they were shipped in, causing long queues of customers eager to buy this exotic fruit. The second product was oranges, then meat, and now,’ he looks around, ‘we sell everything our clients want.’ Vegetables, sweets, bread, Finnish specialties, chips, beers, tinned food, an ice-box, magazines, even some toys: it’s all there in Kaartin Kotikauppa, a shop of not more than 90 square meters. It is located on a cobblestone road just outside of Eira, the posh area of Helsinki. ‘There are 5 or 6 other shops in this neighbourhood. Not a lot, but still too many for me,’ Aarre complains as shopkeepers do.

‘Why is everything so expensive?’ I complain in turn, not so much about Aarre’s shop, but about Finland in general. A beer costs 7 euro, a simple sandwich 6.

‘That’s because of tax, it’s 14% on some products, like bread and butter. And because of high salaries and long holidays, 6 weeks a year. Our welfare-system is expensive and these taxes are the easiest way for the government to collect money.’

‘Do you agree with this policy?’
‘No, but I don’t know what else they can do. The problem will grow as people are becoming older and older. I don’t know.’

We’re sitting at a small table, in front of Aarre’s shop. From time to time people pass, and all of them call out a greeting. ‘They all know you!’ I say.

‘Yes, and that’s important. That’s what we say in our advertisements: “we don’t have bonus cards, but we talk to you.” We don’t have customers, we have friends. We know them, they also trust me  ith their  personal belongings. Literally: we keep many families’ keys; it’s an extra service. If you lose your key, go to Aarre.’ The shopkeeper, 56, has a friendly face tinged with sadness. ‘It was my dream to have a shop, really,’ he says. ‘Six years ago I took over Kaartin Kotikauppa, before I was a journalist for 20 years.’

‘Is it as good as you dreamt?’
‘Yes, I like it, though it’s much more work than I expected: 6 days a week, 10 hours a day… It’s okay. I’m making a small profit, but I have to work quite a few more years to pay back the loan I needed to buy the shop.’

‘What is the climate for entrepreneurs?’
‘Not bad. The government helps  entrepreneurs start businesses because there are so many unemployed. For one year, if the idea is good. But that’s for start-ups, without employees. And the problem is staff: they’re so damned expensive. Once you’ve hired someone it’s not easy to let them go.  You have to have an economic reason. But then you can’t hire a new person for the next 6 months. Another way the government helps is by paying half of the salary of a young unemployed person. I have 5 employees, they’re kind of proud to work here, they like it.’

‘What’s your status?’
‘Maybe somewhere in the middle. Shopkeepers are respected in Finland, people say we need small businesses like mine. They say we need them, but when they shop they go to a big, cheap shop.’

He says goodbye to a well-dressed woman carrying a bag full of his groceries. ‘She’s typically Swedish. Finnish-Swedish, I mean. A lot of them live in this area. You can tell who they are, from the way they dress, a bit more sophisticated. And some of them are more arrogant. But it’s good we have that, it’s an advantage for a country to have more cultures.’

‘Do you like it here?’
‘Yes, a lot. I could live in Germany, but not all the time. France, Spain maybe, Italy, but I don’t speak these languages. I’m a European,’ he says with emphasis. ‘Greece, for example, we should have helped them. Of course they made mistakes, but so did we.  We should help one another. I like foreign people. We’re seeing more and more of them, also in the shop. Russians for example, visiting the old church across the road. “Sorry I don’t speak Russian,” are the only Russian words I know, but I guess I pronounce them correctly because they always think I can speak more,’ he laughs.