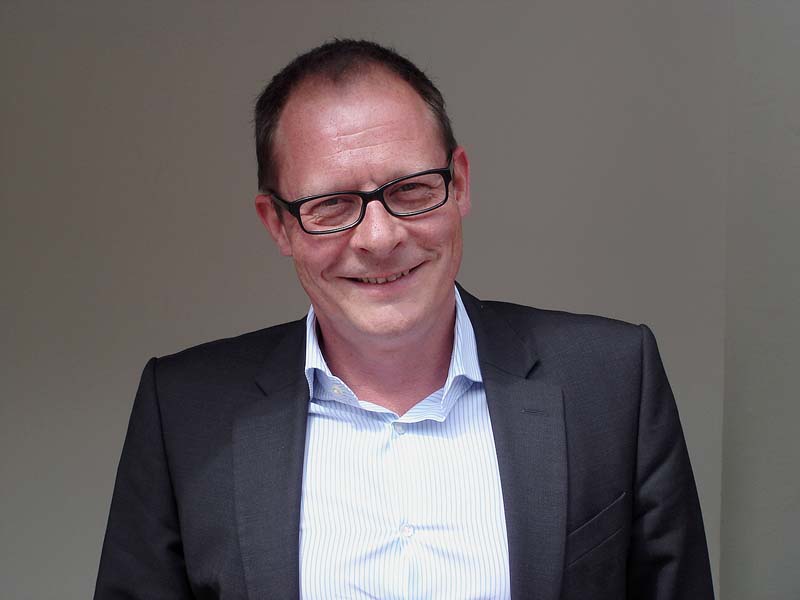 ‘People from over the world come to Berlin to buy real estate. This morning I spoke with two Lebanese gentlemen. They tell me what type of property they want to invest in, how much money they want to spend, and how much return they expect. And I advise them. I say “This block is good” or “Kreuzberg is still underrated”. Or they want us to give a second opinion, that also happens a lot.’

‘It’s booming, isn’t it?’
‘Yes, it is, finally. When the wall fell, in ’89, we thought we were the centre of the world. We got money to renovate the city, Gendarmemarkt, Friedrichstrasse, Prenzlauer Berg, all these former East Berlin areas were in a bad shape, but now they have regained their beauty. But it took a while for people to come to Berlin. “Berlin is Russia, right? What would we do there?” That was the image we had to deal with.’

‘Now the image of Berlin is hip, creative, multicultural.’
‘Yes, not a typical German city. A city where most people rent their houses, unlike the rest of the country. Rent was really low, and still is: we’re in the 10th place in the top 10, after Munich, Hamburg, Frankfurt and others. But it’s rising fast and so is the price per square metre: in three years it has become 60% more expensive. Also due to the economic crisis: people would rather invest in rocks than in stocks.’

He lights another cigarette. We’re sitting outside of Oliver’s favourite lunch place, an Italian restaurant run by a very excitable Sicilian.

‘What has the fall of the wall meant for you?’
‘I’m a Wessie. And you know, the first few years when I had an appointment in Prenzlauer Berg, I drove over Bornholmer Strasse or via Checkpoint Charlie. “Where are you going, why the detour?” a friend of mine who was driving with me once asked.  Only then did I realise that I had taken the old way, automatically. I must admit that it took some time to start  treating Ossies normally. Now I am married to one and we live near the Wannsee, in former East-Berlin.’

Oliver looks happy but I’m about to ruin his good mood: ‘What is the reputation of real estate people?’

‘Bad, and people are right. I think that 60% of the real estate agents are unreliable. People make jokes about us, about our Porsches and Rolexes.’ Oliver is wearing a Pontiac, I think, not too bad either. ‘But I work differently. I’m decent.’ He certainly looks that way. ‘Real estate is a people business. If you’ve done a proper job, people will remember you and come back. Word of mouth got me a great assignment for a large Spanish bank, last month. You know, I started an association for reliable real estate agents. We’re the good guys.’

Mario, the owner bursts into our conversation explaining in great detail that his coffee machine is out of order. Oliver goes inside to try and fix it.

‘What do you like about Germany?’
‘A lot. It’s safe. The social system works. Government is okay, even though they make mistakes. But of course there’s still that black spot, our recent history. My grandfather of 101 still has a remarkably clear head and I can discuss everything with him – except the war. He was in the army, had to serve in Italy, as a driver. He’s never said a word about this period. My generation is not responsible and we’ve apologised a lot. But it’s changing, slowly but surely and that’s good. You know what made a great difference? The football World Cup that we hosted in 2006. Then you started to see German flags in gardens, on cars. In my younger days I could never say “I’m proud to be German”…’

‘And what about Europe?’
‘Europe is great. We’re living on one continent, we’re all civilised countries on our way to becoming one. Fantastic. We all benefit from that, especially the import and export markets.’

‘What could Europe learn from Germany?’
‘Well,’ he says, choosing his words carefully, ‘Germany is known for punctuality. Other countries might want to look at that. Maybe.’