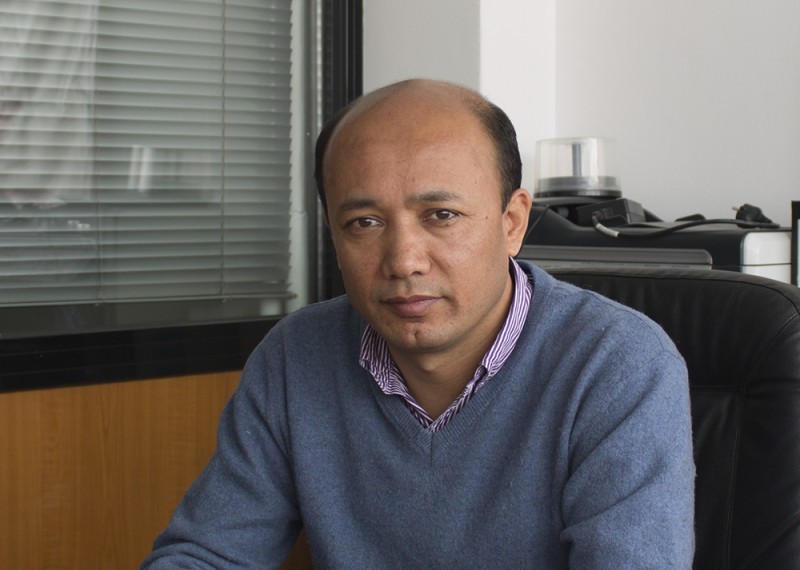 ‘They forced me to drink a mixture of soap and water, so I would vomit, they had me hanging upside down: they tortured me in many ways. Some days I thought they were simply going to kill me, on others I thought they would trade me for money, as they thought I was an important man. My stethoscope saved me: they found one in my backpack. Only then they started to believe that I was a doctor and that I had helped them, the Taliban, too. They apologized and released me. One of the men who had tortured me now lives in London, and I have met him, here in Athens, but that’s another story.’

Yonos is full of stories: his life reads like a book. The torture chapter was written when he was 24; he is now 40. He had to flee from Afghanistan, and managed to reach Turkey. UNHCR, the United Nations Refugee Agency, wanted to send him to Canada, but he wanted to go to Greece. ‘Why?’ I ask.

‘Because Greece has such a good name in history. And because there are so many Greek names in medical and philosophical literature. But I thought it was very far away and it would be impossible to get there, but I was right next door.’

‘Yes. My family thought I was crazy, but I was determined and paid a smuggler 2,100 dollars for a fake passport and for the boat crossing into Greece. I was frightened.’

‘Afraid to get caught by the Greek customs?’

‘Well, yes: I was practicing my new name the whole night, over and over again. But mostly because I was at sea for my first time in my life. Then I arrived in Greece. Of course I didn’t find what I had imagined.’

Yonous, who is polite, soft-spoken and a bit formal, speaks excellent English: he had learnt the basics at school and improved his skills working as a translator for Oxfam and the Red Cross. He doesn’t practice medicine at the moment: he is the head of the Greek Forum of Refugees, and also works at a center focusing on the psychosocial rehabilitation of asylum seekers and refugees with psychological problems. We meet at the Forum’s small office in an apartment in a backstreet, not far from the infamous Omonia Square. Here pavements are broken, graffiti is everywhere and in the hall, downstairs, a junkie is trying to sleep, still clutching half a McDonalds hamburger in his hands.

‘Greece turned out to be not so heavenly?’

‘Of course it was very difficult. It was the first time I witnessed police brutality. I was here for one week and I couldn’t believe what was happening: I thought this was Greece and the European Union.’

‘Yes. Police violence is still a challenge,’ he says diplomatically. ‘Asylum seekers and immigrants wanted to start a new life, but the problem here in Greece is that there is no support from the government. No programs, not even rules and regulations about how to face and manage the phenomenon of asylum seekers and migrants. So I tried to learn Greek and started to work with refugees, as I had done in Iran, Pakistan and Afghanistan. And being useful helped me a great deal: it is very important to feel useful in a society.’

Next door people are singing. ‘It’s in the other flat, they have formed a church,’ Younous explains. It’s Sunday morning.

‘Okay, the country wasn’t prepared to accept refugees. But has society accepted you now? Your neighbors for example?’

‘Yes, the social cohesion was better in the past. Once, in 2010, my office was attacked when I was teaching Greek to new immigrants. But the neighbors called the police, they were supporting us. Nowadays we don’t have that many incidents , but we are more frightened. The problem is that this society has gradually accepted the violence. I am afraid to go into some parts of Athens.’

‘But I think you could pass for Greek or Italian.’

‘They can see that I am a foreigner.’

‘That’s why you cannot go there.’

‘Yes, and they know me because I speak in public and on television. In the past I knew that if they attacked me the people, bystanders, would help. But not anymore. Especially since the rise of extreme political groups like Golden Dawn.

‘The first thing is that there aren’t as many migrants as we think. Only 3 percent of all immigrants come to Europe. And from Syria now only 4 percent of the refugees are coming to Europe.’

‘But still, in real numbers it can be a lot.’

‘No, it is not as large as in Turkey or other countries. So it is not as big as people think. On television Lampedusa looks awful, I know, but in reality it is not so much.’

Yonos lives with his Afghan wife and two children. They have friends from Afghanistan and Greece. But when he has a party the two nationalities remain separate.

‘You know why?’ he asks. ‘Because in Afghanistan we are used to sitting on a carpet, not on chairs. And I can’t ask that of my Greek friends. And of course my Greek friends drink, so that’s also a big difference.’

‘So you need two rooms. One with chairs and one with carpets.’

He smiles. ‘We have to respect both cultures. I’ve been here for so long now that I’m used to going to Greek friends and they are used to coming to my house.And I can say I can see that Greece is like my homeland. If I go back to Afghanistan I will miss Greece, just as I miss Afghanistan now.’

‘Do you think, as someone from Afghanistan, that there is a European identity?’

‘I see Europe only as an economic union, while I think there should be a union of common values, responsibility sharing and solidarity. All combined in one European political system with common healthcare, social security and common migration policies. Especially the countries on the borders of Europe like Greece and Spain need this solidarity. You know, there are three kinds of EU-funds related to migration: for border protection, repatriation, and integration. Integration gets the least amount of money, by far. Border protection and repatriation matter more to Brussels. It means that the European union wants to close the borders.’

He leans forward, maybe to make sure I’m clearly hearing what he says.

‘Next week I will have a meeting with the European Commission of Migration and Asylum Seekers. The thing is, in every European country the problems with immigration are the same. It is a shared problem. But as long as there isn’t a real union, you can’t solve these problems. You can’t build a castle in a place where everyone is poor. The responsible Commissioner, Cecilia Malmström from Sweden, comes to Greece every year to check our immigration policy. She talks, and looks, and listens, and visits the detention centers. When leaving the last time she congratulated us. “Good job,” she said. “But do you really think these places always look like this?” I asked. She knows, she said.’

‘She understands that when she comes everything is tidy and neat.’

‘Yes. She knows what the problem is. And if Greece thinks it is a European problem they should try to share the problem instead of hiding it.’

A couple of minutes later, I leave the office of the Greek Forum of Refugees, walk down the worn stairs, sidestepping the junkie, who is still lying in the hall. Around the corner, three policemen, one masked, are arresting a black man.