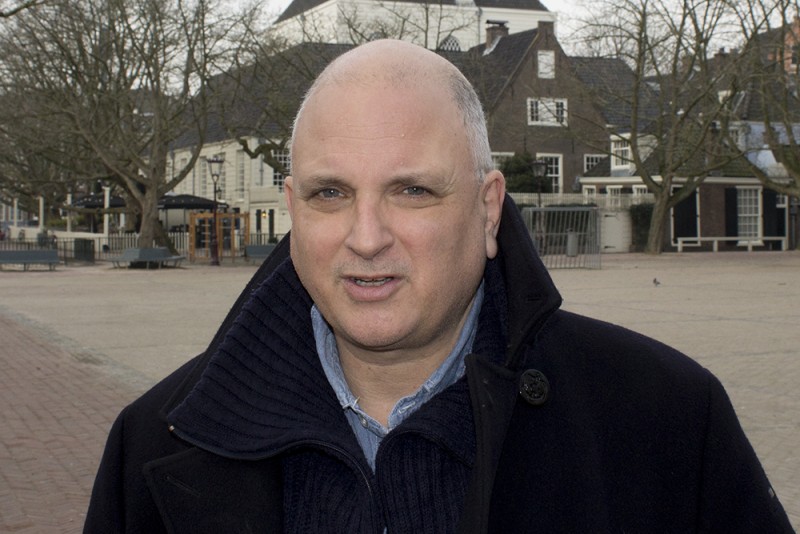 He chose a small, brown cafe where the music is always good. Felix Rottenberg, a former politician who is now a political analyst for newspapers and television, and an advisor, is heavily invested in Europe. He is well-read on the subject, knows many of the players and can tap into an endless supply of entertaining anecdotes. But Felix begins our interview with a fact: according to him, at least one in five people in this country have ancestors who were not born in the Netherlands. ‘People tend to forget their foreign roots. Then suddenly, one day, they wake up and realize they are European.’

Felix himself is very aware of his European history and tells me how his ancestors came to Amsterdam: ‘My grandfather on my mother’s side was born in Vienna and trained as a tailor, or more specifically as a pattern cutter. He worked in numerous fashion houses, all over Europe – Paris, Brussels, Berlin – and eventually ended up in Amsterdam, where he worked at the Bonneterie before opening his own studio. My other grandfather, who was Jewish, came from Russia, but he moved to East Germany in the twenties. After the rise of fascism, he was locked up for a short while. This prompted his great-great-uncle, who had three beautiful daughters, to ask him to come to Amsterdam, which he did. A few years later, he married one of his seconds cousins and became the owner of a cigarette factory in the city.’

Fascism would continue to play a role in the family’s life. Felix’s parents were twenty and thirteen when World War II reached the Netherlands: ‘My father’s family always refused to wear the Jewish badge, and my father had to flee. He ended up in a camp in Spain. Not really a concentration camp, but no fun either. Luckily, he got out through Portugal, and was employed by the army as a coder on a torpedo boat, which hunted for submarines. The Dutch were in great demand with the military, because they had a talent for languages, which, for example, the English never had.’ He falls silent for a moment. ‘I’ve always been so proud of my parents. They were never resentful, but strong, alert and very, very, socially aware. Their whole generation was rebuilding the country, even though entire neighborhoods simply didn’t return from the war. They were gone. Eighty-thousand people. Fifteen percent of the Jewish community. Can you imagine that?’

We both take a sip of our drinks while we take in the harsh reality. Of course, the European Union was funded to prevent a recurrence of this , to prevent another war.

Felix sighs. ‘Yes, people get weary of hearing that argument, but that’s what it was about. To prevent another fight about raw materials. And no, the union is far from perfect. What is fascinating to me is how Europe is a work in progress. Like the cathedral in the French town of Reims. I’m not sure how old it is, but it was built over a period of one hundred years. One hundred years! Now compare this with Europe. It’s amazing to see how far we’ve come in merely fifty years, which is a very short period. But you shouldn’t romanticize it. Europe also has nasty side effects, like vermin in a beautiful garden. The bad side of Europe is reflected in all kinds of rules that are too prescriptive and should never have been set at a European level.’

Every now and then, Felix checks his phone for new messages. As we speak, he is in the middle of negotiations about movie rights. I order another cup of tea.

So how should it be then?

‘Everything we can take care of at a national level should be arranged at that level. But what we should have is a European peace-keeping force that could play a big role all around the world, helping wherever it is necessary. And European diplomacy. Collaborations all over the world, for example in Africa. I’ve been in Senegal and while it’s not as bad as most people think, the country and the continent are still very poor. We should help them with the slow process of emancipation. Not by imposing our values on them, but by creating a strong collaboration.’

Are there European values we can impose? Is there such a thing as European culture?

‘Yes and no. Europe existed before the union, thanks to our painters and other artists. That didn’t just happen when the union was formed. Artists don’t think in terms of borders. They have always traveled, even way back, as painters for royalty. And I’m proud to see our Dutch masters all over the continent. Of course, it all comes back to our common European culture, and you might say that the heart of that is Vienna. In the 1900s all renewal came from that city: in psychology, literature, music, art, and philosophy. It’s amazing. I hope to visit it very soon. Then I can finally see where my grandfather came from.’

Felix falls silent for a while, thinking about his last answer. ‘For me and other people who are motivated by Europe, I believe the key is freedom. Not individualism. Freedom. Freedom through collaboration.’ After these philosophical words, Felix interrupts me to shout at the bartender: ‘What is the name of that beautiful music you’re playing?’ Maybe it wasn’t such a bright idea to have an interview in a place where there’s always good music…