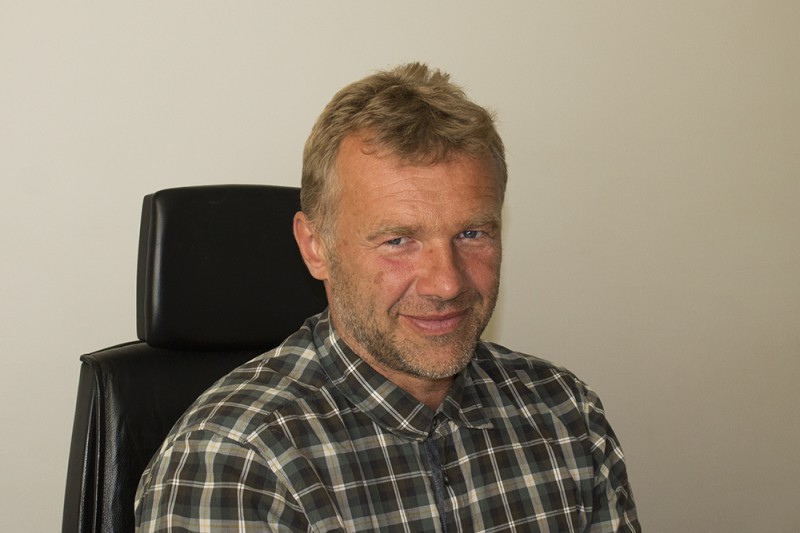 I did some field research before interviewing doctor Janis: I visited a Latvian hospital to see the state of the country’s health care with my own eyes. And I have to admit that it was quite a shock. I had a sudden and mysterious allergic reaction on my arm, and the hotel doctor directed me to the Riga University Hospital, just outside of town. Its main building dates from the Soviet seventies and hadn’t been maintained since, neither inside nor outside. The beds and the instruments looked very outdated, but I survived, people, I survived.

Doctor Janis’ practice was a whole different story. It is situated in a chic building on a beautiful street in the city centre; his receptionist is polite and his patients sat quietly, reading or playing with their mobile phones. He is a plastic surgeon, and quite a famous one: his patients come from all over the world, from Ireland and Germany to Norway and even Australia. Once a month he goes to London and Zurich to see new patients.

Two worlds, one country. That’s the thing: like many countries there is a huge difference between Latvia’s private clinics and its state hospitals. Doctors working in public hospitals earn only 1200 Euros a month, hardly enough to make ends meet. ‘Those doctors depend on tips from their patients. and it works for them, because in that way they make a good living – and that’s why this system will never change: the doctors benefit from it, so they won’t change it.’

Low wages have their advantages, as I found out myself. After a one and a half hour stay, during which I saw two doctors and two nurses, I had to pay almost nothing. I thought I heard the cashier say 427 Euros, but in fact my bill was only 4 Euros and 27 cents… Health care in Latvia is very cheap, and that is – apart from doctor Janis’s medical skills – the main reason why so many people travel to Riga to get plastic surgery: private clinics aren’t expensive either.

The EU is another reason why patients come from so far to see him: the education and medical expertise of doctors are becoming more and more equal in all of the member states, and as a result, Europeans are beginning to trust their neighbours. ‘And mind you,’ Janis (54), ‘even in the old communist days, medical education was good and thorough. Not many doctors know Latin, but we had to learn the Latin medical terms for example. People appreciate that and they wonder if I studied at Harvard or something…’

Another thing his patients appreciate is the service Janis offers. ‘They are picked up at the airport and brought here for their surgery. They can stay overnight and I will fly them around for sightseeing with my little Brazilian seaplane. And if people are afraid of flying, we will go by boat.’ It’s one of his hobbies, flying. ‘Once I flew all over Europe with the seaplane, which I bought in Portugal. A wonderful experience, because I saw the most gorgeous side of Europe: beautiful landscapes, welcoming villages when I landed on one of those small landing strips. Instead of big hotels, highways and McDonald’s, I saw the peaceful side of our union and made friends.’

‘We Europeans are like birds!’ he says. Sounding more than a pilot than like a plastic surgeon. ‘Because of the collapse of the communism and the growth of the European Union we are free to go wherever we want to go. We can build a nest where the biggest opportunities are. I think that most people in the western part of Europe appreciate freedom as much as we do. They have been born with it, they take it for granted.

‘But then the crisis hit,’ I say. ‘Has that affected the popularity of the EU?’

‘No, I don’t think so. But I don’t know the figures, to be honest and I might be more optimistic than many other Latvians.’

‘Are they different from you?’

‘Latvians are suspicious, don’t trust strangers and they are very conservative. But Latvia is a mixture of different people. If you look at history, Riga used to be the biggest Swedish city, even bigger than Stockholm. The Polish people came there, and then the Russians and the Germans. So a lot of blood is mixed here, which makes us smarter. Genes where mixed.’

‘What about the Russian-Latvians, who are 40% of the population, how do they mix?’

‘They feel good here, they don’t want to go back to Russia. Here they have the freedom to travel all around Europe, they have Russian schools and they speak Latvian.’

‘So they are bilingual?’

‘Yes, they are. But in addition to the benefits of the EU, there are some problems Latvia has to deal with. The large Russian minority makes it difficult for young Latvians to find work. The Russians speak at least three or four languages fluently: Russian, Latvian, English and most of the time German as well. The Latvians only speak English and Latvian. If they have to compete with the Russians at a job interview, they lose out because so many companies in Latvia do business with Russia.