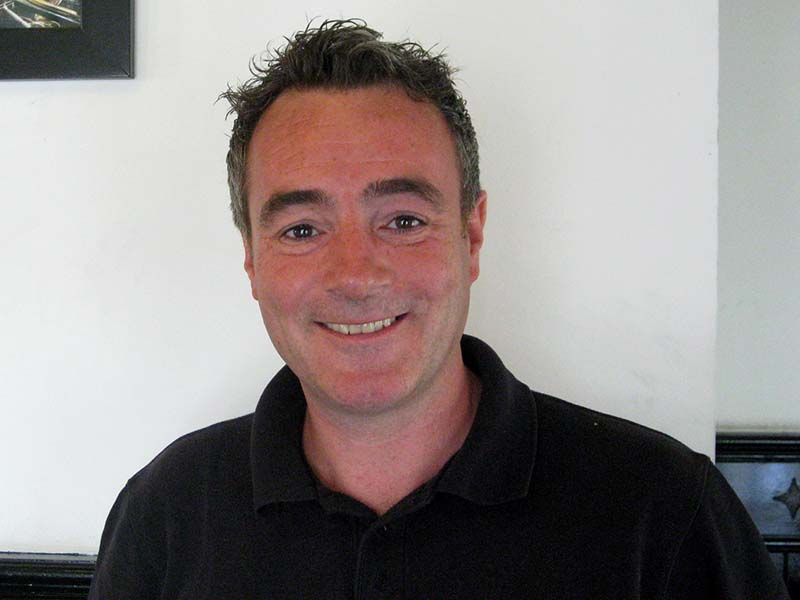 ‘The EU is a fantastic idea and we’ve taken a lot out of it. Look at the money that is pumped into this country! So I don’t think we should moan and blame the EU for the way it is treating us now, on the contrary: we should be grateful that the EU is still helping us. Look, the Germans were saving, we were spending, and we were like a teenager with its first paycheck. We’ve embarrassed ourselves. We wanted to be the best small country in the world, but we failed.’

Sean pauses for a moment, building up to the climax of his state of the union message: ‘And we can be. Because of all our natural resources. Because of our highly educated people. We are the biggest IT country in the world. We are biggest country in aviation lease.’

‘In what?’
‘In leasing airplanes.’

I thought he was pulling my leg, but he isn’t. Apparently this is one of Ireland’s major fiscal attractions, one that is bringing in a lot of money.

‘Is it possible to create a European identity?’ He has an answer to everything: I might as well ask.
‘Geographically it could be done, but for you, a Dutchman, it’s easier: you have neighbours. We are an island; we have America on the left, Iceland to the north, England on the right. But I think you have to keep your own flag, your own history.’

Sean is a hairdresser; he owns two shops called Bowlers Barbers. They opened less than 10 years ago, but they look classic: ‘I wanted them to look like they’ve been here forever.’ Now 45, he became a hairdresser 20 years ago. ‘It’s easy an business, because there’s gratification every 20 minutes. The customers thanks you, pays and comes back a month later. And you’re also creating, so there’s self-gratification too.’

‘How did you become one?’
‘I was very lazy at school, I only had three options: becoming a hairdresser, a photographer or a chef. Chef was too hard work, for a photographer there would be too little work and when I walked into the hairdresser college and I saw women everywhere I knew this was a college for me.

‘Are you a good hairdresser?’
‘Yes, I’d say so. And I enjoy it. I should: I spend more time in the shop than with my wife, so I might as well enjoy it.’

Sean’s shops are set up around offices, this one, above an ancient pub called ‘The Bleeding Horse’, attracts bankers, brokers and accountants, the other, near Stephen’s Green, has more lawyers and politicians, Sean explains. The sort of clientele that appreciates a good conversation, and likes to discuss all the world’s problems in the time it takes to get a haircut. And Sean is the sort of man who has the solution to many of these problems, and is definitely not averse to expressing  a strong opinion or two: ‘People are sheep. If you have 5 newspapers, writing bad news for 5 years eventually it will rub off on the people. They write “people can no longer afford  to buy coffee at work”. If a 100 people think that way, it will happen. That’s the power of the mass, of the media. The thing with Ireland is that it does like a bit of bad news, it thrives on it. Certain TV channels, even when the country is slightly going up, will show murders in Ireland, gangland in Ireland. They don’t broadcast or write about the good things going on.’

Mike, a young hairdresser in between customers, is listening to his boss, while sweeping the floor.
‘Again, we are a great country, with lots of possibilities; it just has to be run in the correct way.’

‘And that’s not the case now?’
‘Kenny, the new Prime-Minister came in and was quite radical in changing things. He really attacked corruption, and there was a lot of it: brothers employing cousins, cousins looking after uncles. I hoped that this bust would bring a political revolution, but it hasn’t happened. New government is merely making good what was very bad.’

Sean takes a sip of his Diet Coke.

‘The beauty of the country is that we’re very forgiving as well. You know, I love Ireland. We had the boom, all the money, the papers full of everybody taking drugs cause we’re so rich, and now they’re making soup because they are so poor. We don’t take ourselves so seriously. Bono, for example can easily walk in the street. And we’re very non-confrontational. Last week I drove through a red light the other day. A policeman stopped me. I said “I’m sorry: I had other things on my mind.”