City #1, June 2013. One of my favorite cities, for many reasons. For its location, on hills next to a large river, the Tagus. For its history, and the fact that it still has the grandeur of the empire it used to be. For its weather. But mostly because of its authenticity: Lisbon, at the edge Europe, is less  commercialized than other cities. No streets filled with the same brands you find in every major city; here you can still see an ancient shoemaker plying his trade next to a hip fashion store.

What type of Youropeans? Polite, and a bit old-fashioned. And it occurred to me that all the people I interviewed felt the need to promote their country: Portugal is the most beautiful, has the best luz, food, architecture, everything. Maybe they’re right. 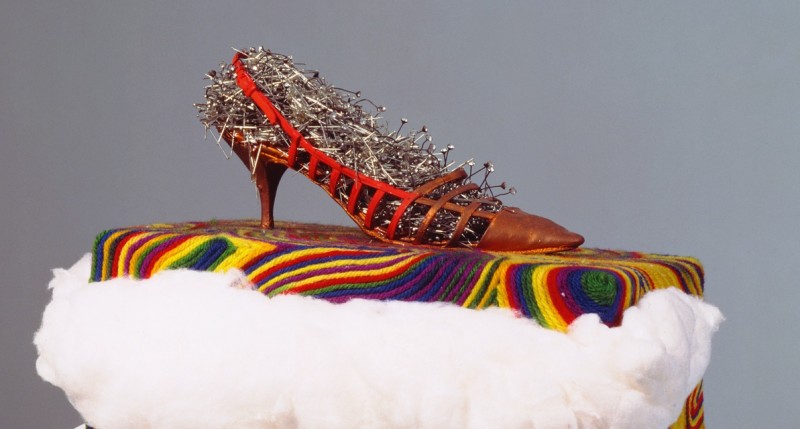 If it’s raining in Lisbon, or the sun is beating down mercilessly, go to a museum. Take tram 15 to Belém, which lies just outside the city centre and therefore escaped destruction in the great earthquake of 1755. Walk past the tourists waiting to visit the Mosteiro dos Jerónimos and the Torre de Belém and step into the large, square modern building that houses the Museu Coleção Berardo. The museum is free, which may be why it’s so quiet. So quiet that with a little luck the visitor can pretend it’s his or her own private collection. It’s a modern art museum, or rather a best of modern art collection, because it includes one or two works from all of the big names. It may not be the most exciting collection from an art historical point of view – nobody takes best of CDs seriously either – but I don’t care.

In the corner of the 1930s room, a museum guard – a woman in her late 20s – is perched on a stool. She glances up from her book, and apparently decides that I’m not likely to be carrying a Stanley knife, or planning to deface a work of art. Not today.

‘If you could choose three paintings,’ I ask, ‘which ones would you choose?’

She thinks about it. ‘That Balthus in the corner’. When she hops down from her stool, the top of her head barely reaches my chest. ‘And that Warhol, those blue flowers. I love them, especially since I work with silver a lot myself. She is speaking quite loudly. For her, there’s apparently no need to whisper in a museum. ‘And the third, a work by Lourdes Castro, because it’s beautiful and because she’s Portuguese and a woman.’ 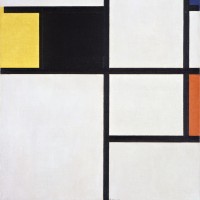 I would choose a Mondriaan and Samaras’s shoe. Her walkie-talkie splutters and she quickly climbs back onto her stool, slips the book under her bottom and straightens her jacket. Shortly thereafter a group of three people – a man and two women deep in discussion – stumps through the room.

‘That was Mr Bernardo.’ Now she is whispering. He is not here very often, and he usually visits after closing hours. It’s his museum, and he could take any painting he likes home with him. Until recently he was the richest man in the country, but he has not emerged from the crisis unscathed. A flamboyant man who has more than once announced that his art will remain in the public domain only as long as the socialists remain in power in Lisbon. Long live the left!

If it’s raining in Lisbon, or the merciless sun is working overtime, go to the museum. Take tram 15 and go to Belem. It is just outside the city centre and was therefore spared by the devastating earthquake of 1755. Continue on past the lines of tourists in front of the ancient Mosteiro dos Jerónimos and the Torre de Belém and enter the Museu Berardo Coleção. Large, square, and modern, the museum is cool and dry. And it’s free, which may be why it’s so quiet. It’s so quiet that with a bit of luck, you can imagine that it’s your own private collection as you wander through the exhibition rooms on your own. The museum houses modern art, or rather the best of modern art: all of the big names are represented here with at least one or two works. Art historians may not find this very impressive or interesting, as critics are inclined to disparage the best-of approach to art, but I don’t mind.

Somewhere in a corner of the 1930s room sits a guard, a woman of about thirty, reading. From her perch on a tall chair she looks up from her book and scans my face for signs that I might have a Stanley knife and or a felt pen on my person. Not today I haven’t.

‘What if you were allowed to take three works with you when you go home after your shift,’ I ask her, ‘what would you choose?’ She thinks for a moment. ‘The first is this work, that one in the corner.’ When she hops off her chair she hardly reaches my chest. ‘And then the Warhol, the blue flowers. That I find beautiful, especially because I work a lot with silver myself.’ She speaks quite loudly; clearly for her the museum is not a place where you have to whisper. ‘And the third work would be this one, by Lourdes Castro, because it is beautiful, and Portuguese and she is woman.’ My top choice would be this work and maybe, if I had enough room in my car, I’d take this beautiful work too.