City #28, Amsterdam. 2013/2015. The Dutch are big, bold, and bad-mannered. They do not take kindly to criticism. They do not mince their words. Everyone is equal and everyone has a right to their own opinion, which usually boils down to ‘every opinion is right’. The country is flat: geographically and in terms of social stratification. At least they have a sense of humour.

Type of Youropeans? They are not really very interested in Europe, which is surprising for a nation of traders that was also one of the six founding members of the EU. But even though Brussels is just a stone’s throw away, RTL News has no correspondent there, and the newspapers tend to focus on national issues. 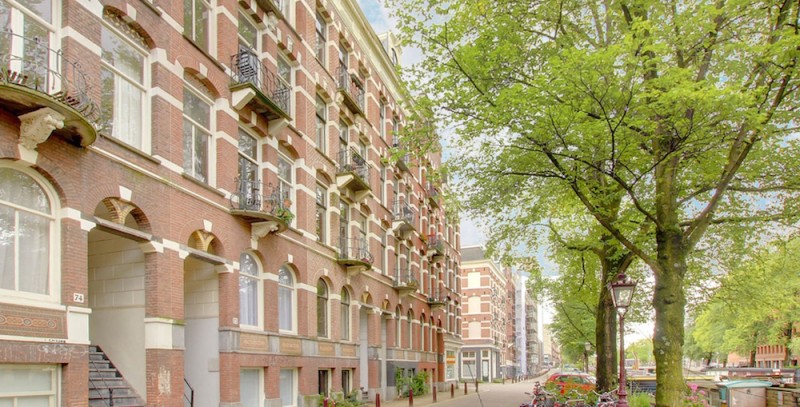 When I moved to Amsterdam my first neighbour was a drug dealer. An Italian with a third-hand Ferrari and a blonde bimbo. He was also my landlord: three friends and I rented the two floors above his apartment, which was directly across the street from the Albert Cuyp market. He wanted us to pay the rent – 2,500 guilders – in cash. He never counted it because: ‘I trust you guys. And if it’s not okay I’ll find you.’ Our very own Scarface disciple also casually mentioned that he could have us evicted at any time within 24 hours, ‘with or without the help of the law’. After a few months we never saw him, and the rent had to be deposited in the bank. We started hearing a low, buzzing noise from downstairs, and the well-trained noses of my flatmates smelled hash. We reported it to the police, who raided the place and dismantled a good-sized weed plantation.

Our other neighbours were more pleasant, especially the girls from the sorority house around the corner. We tried to lure them in by organising frequent neighbourhood parties, to which no one else was invited. But a few years later, when our new landlord – a criminal who was later liquidated – told us to get lost, our days of post-student carousing were over.

My second address in Amsterdam was the Minveraplein in the southern part of Amsterdam. I lived alone on the fifth floor of a building populated exclusively by elderly women. They always knew where to find me when the lift was broken and they needed help carrying their groceries up the stairs. Hugo Stadman, the protagonist of my novel The Parvenu, lived in this building.

My next house was in the Andreas Bonnstraat in the east of Amsterdam. My downstairs neighbours were nice, my Moroccan neighbour to the left was a lovely, talkative women who ran a flower stall, and my neighbours to the right were an opera singer and his Danish boyfriend. The people across the street gave a huge noisy party – a mixture of salsa and Surinamese revelry – every weekend. But they were ever friendly and I found it hard to get angry with them.

My last stop was the Nieuwe Prinsengracht, where I moved in 2007. It is only about 300 metres from my previous house, and I even kept the same supermarket, but the canal is much more upscale. Nothing wrong with that, of course. I know most of my close neighbours, which I think is important: Youropeans is all about getting to know your neighbours. And now after 20 years I’m leaving, regretfully, and moving to Berlin, the city that came out on top of my comparative shopping tour through Europe. Here’s to neue Nachbarn!