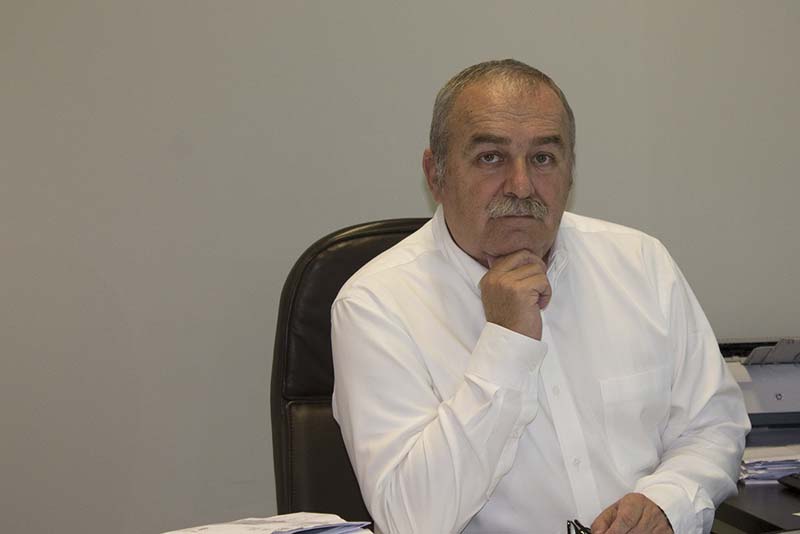 ‘We had been living beyond our means, that’s true. But don’t forget that it was the German commercial banks that let this happen, they lent most of the money to the Greek, Italian and Spanish real estate businesses. And then made it a European problem, knowing that the EU would help them out. That is what caused this crisis,’ Martin says. ‘It is a bad thing for the EU, because people tend to fall back on nationalist sentiments, even though now Spain is still very pro-Europe.’

‘Is there a solution?’
‘It’s necessary to carry on with unification, in political and economic terms. It is difficult, I know, but we have to in order to prevent another crisis. But I think we have learnt from this crisis, and I think we have the instruments to prevent a new one. I fear that the next crisis will be political, but once we’ve dealt with the financial problems, it’ll be easier to face the political issues.’

‘Are there European values?’
Spain is very European in my view. There is a globalization of values, in my view, also because the world has become so much smaller and people have contact with other nationalities. Take my kids for example: they are studying abroad, they see how other countries work.’

Martin, 59, is the owner and CEO of Gruppo Senegal, a company that has nothing to with the African country (‘It is a contraction of words. But we donate to a foundation that builds houses for the poor there.’). He used to be in real estate, but diversified over time and is now exclusively managing the franchises of Burger King in the south of Spain.

Three years ago he had 10 office employees in Madrid, plus some 100 in the restaurants, now he has 400 employees and is adding another 35 every month.

‘So far you have spoken like an economist, which is what you studied, but if you look at Europe as an entrepreneur, what would you do? Would you run it differently?’

‘Well, I would get rid of a lot civil servants in Brussels. And stop all the benefits people working there have, all the fiscal benefits, for example. Why should a member of the European parliament have better conditions than somebody working in Spain? The citizens don’t understand that. It causes bad blood. They shouldn’t spend so much, if you expect others to economise. And Europe lacks a good leader, someone who embodies the European dream.’

‘What type of boss are you?’ I ask when an assistant has brought us some water, served in paper Burger King cups of course.

‘I’m easy, I think. Some people have been working with me for 30 years. Even when I changed company, they stuck with me.’

‘Do they call you usted?’
‘No, Martin.  I have never asked them to call me usted, I try to convince them to say tu. It didn’t work with the computer guy, he keeps saying usted.’

If Martin were an animal, he would be a walrus: calm and kind but a bit sad. ‘You look just like Del Bosque, Real Madrid’s coach,’ I say. He does.
‘I have heard that before, but I don’t mind: I’m a big Real Madrid fan and he’s the type of leader I like: modest and simple. I never dictate, we discuss. I try to open my mind. I listen to everybody, but I have my responsibility, so I make the final decision – most of the time it’s not far away from what the rest wants – I’m not very original I guess. The reason I’m here is not because I’m smarter than the others. But maybe I was lucky. And I’ve been working hard. But I try to have people around me who know more than me, in their own field.’

His offices reflect his character: nothing flashy, they are tucked away in a second floor corner of a mixed-use business complex.

‘In this crisis, is the government helping you?’
‘Not very much. The problem is that Spain, or Europe for that matter, hasn’t perceived its role accurately. I think the future of Spain and Europe is in service industries like tourism. Obviously we need some industry, but we have lost that race to Asia, or Northern Europe. But I think the service industry is not protected. If you want to put a factory here, government immediately helps with guarantees etcetera; in the service industry they don’t. They could simplify the legislation. You won’t believe the troubles we go through we open a new Burger King! While it’s a repetition basically-every restaurant is more or less the same – every municipality has extra and different rules and requests.’

‘You have had an international career. Is there a difference in doing business between Spanish and others?’
‘No. Characters and style are different, and the way to negotiate maybe. How to get there differs, but the outcome is the same.’