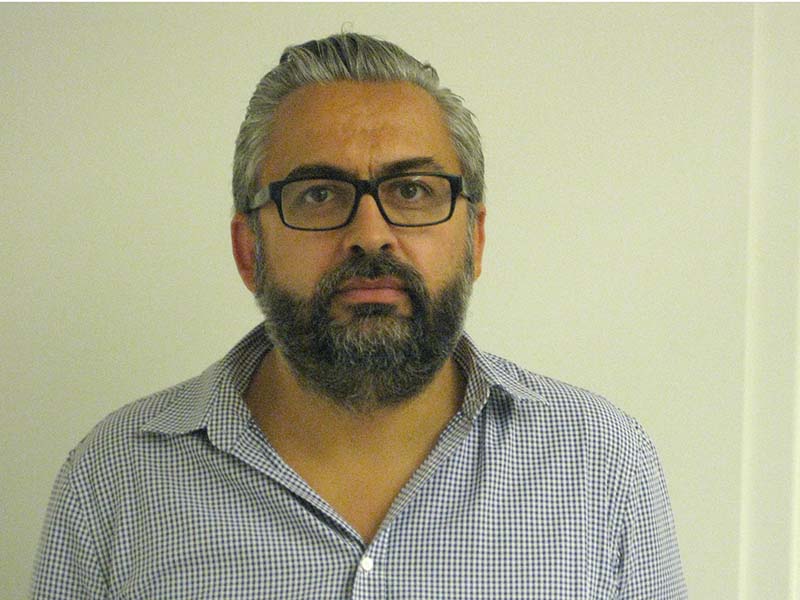 He runs the biggest independent publishing company in Luxembourg. ‘Are there also dependant publishers?’ ‘Well, overall we are number four. Number one belongs to the Catholic Church, the second is linked to the Labour party, and then of course there is RTL, but that’s Bertelsmann, so not Luxembourg, but German. So we’re the only Luxembourg-owned company, me and five partners. I’m the founder and majority shareholder.’

‘Do you still publish it?’ It’s not among the titles on the display stand.  We are sitting in a conference room in his office, which is itself the epitome of a maison moderne, with all the design features one would expect to see in the media industry office.

‘No, it’s old, we have a new guide coming out in three weeks.’

‘And what is Philip?’ I point at a hip looking magazine with an ordinary looking man on its cover.
‘It’s the official magazine of the tourist office. It has a different name every month, the name of the person on the cover. So next month it could be Helene. They wanted a magazine that doesn’t look like a magazine.’

‘How is the climate for entrepreneurs?’
‘It’s really easy if you’re important. Luxembourg is actively looking for companies to start their European headquarters here. Amazon is here for example, and Luxembourg receives 15% VAT over all of their European transactions. And it is not just a paper office; they have a couple of hundred people here. Luxembourg wants to break with the past, with bank secrets and so on, so we have to move on and find different activities. Now our modest size is an advantage: if you go to the US, you’re just one of many companies, here it is easy to get in touch with members of the government.’

‘What is the status of the entrepreneur?’
‘Luxembourg is a country with a lot of civil servants, and families traditionally want their children to become lawyers or doctors.  Not an entrepreneur, that’s too risky. See, these civil servants have no idea what it’s like to be an entrepreneur. They see only the big guys, who are financially successful, but it also means having a small shop with 3 employees.’

‘And how do they view you? “Mike is into dead trees”?’
‘Maybe.’ He leans back. ‘We know that print has a bright future. Of course not every brand that’s here today will survive, you need to make a good case for using  paper, for the type of brand or content, as paper will be much more precious in future. But a good future, because people are getting tired of the non-stop, less edited flow of content. It’s great to have news sites, but I don’t need to know immediately when the attack on Syria will happen, it doesn’t change my life: I’m not a stockbroker, not a politician. I can wait a couple of hours for a proper analysis. I’d rather read a brilliant analysis in Le Monde  than a twitter message that the attack has started. I like edited content and I like it branded, a name that tells me ‘this is the standard we use and we guarantee that we can provide you with edited news every week or month. Otherwise, there is too much of nothing.’

‘Something else. How do you feel about Europe?’
‘We’re from the generation where Europe was a dream and a project, there was no euro, not a lot of European rules, so we grew into that reality. We were the first target group to be influenced as pro-Europe: there were a lot of projects and I even got some European money to start my first European magazine, when I was 18. About 12,000 euros. a lot of money at that age.’ He pauses. ‘But there’s the European project dream, which is great and there’s the European reality, which is complicated; it’s badly run , with bad decision-making. Too many countries, too many bosses. And there is also the European daily life, which depends on where you are. If you live in Paris that life is not very European, but here we have cross-border commuters on a daily basis from 3 countries: Germany, France and Belgium. Luxembourg is very international; there are 160 nationalities here. There’s a nice mixture. And it’s not only an inspiration, but also a workforce, we actually need them: one in three people working is not from here. When we have a meeting, we look who’s in the meeting room and we choose a language depending on who’s there, one of four – but we speak all of them with mistakes.’

Mike leans back even further, puts his feet on the table.

‘It is important to have something in common, and that’s the dream. Should it go the American way? The United States of Europe? It is probably the only way to do it. I like the idea, depending on how it’s done, obviously. But let’s dream, and hope that it’s going to be done right.’

‘What if it goes wrong, what’s the nightmare scenario?’
‘The compromise, that would be awful. Now it’s a mix: some things are done right, others wrong. That’s okay. But compromises makes everything mediocre.’