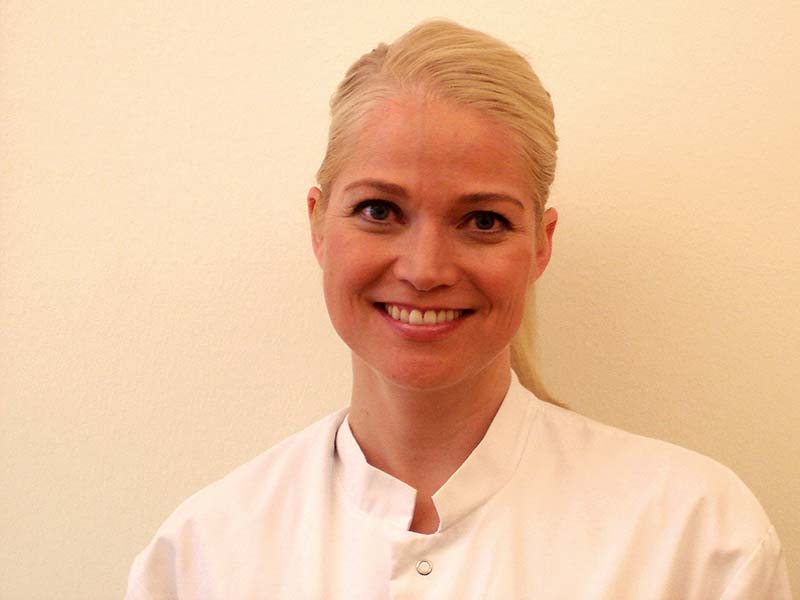 She hurries out of a surgery room to greet me, then makes me follow her, at a doctor’s pace, to her office in the catacombs of the hospital. Pippa is the chief physician of Mehiläinen, the biggest private clinic in the country, with 26 branches.

Not sure if it’s appropriate to ask, I say: ‘You are quite young to be chief, aren’t you?’

‘Well, I look much younger than I am,’ she says seriously, but obviously flattered. ‘Some years ago that was a bit problematic, because the patients thought I wasn’t qualified. I’m a bit over 40.’

‘In fact, I started med school quite late, when I was already twenty-something. After high school I went to California as an exchange student, when I thought I wanted to become a dolphin trainer or a holocaust researcher.’ She’s still serious. ‘But back in Finland I came to my senses again, I guess, and decided to become a doctor. The fulfilment of a childhood dream, really.’

‘And now you’re chief. What could be the next step?’
‘Last year I finished my MBA, because I don’t want to be just a good doctor, I want to do well as a leader too, so I had to grow, had to learn. It’s not something they teach you at med school, and I was rather tired of doing everything on the basis of gut feeling. So now that I’m ready to handle financial responsibility as well, I could be the CEO of the whole group, of this company. They don’t know it yet, but I’m coming,’ she laughs, but only because she knows you have to when you say things like this.

I see two children’s drawings on the wall. ‘It must be difficult when you also have a family.’

‘Yes, I had to learn a thing or two about time management. I have three kids, my husband’s got a serious job and we’ve been busy building our own house the past two years. And I’m also the doctor of the Finnish women’s football team. Next week I go to the European Championships in Sweden.’

‘Are they any good?’
‘Yes, better ranked than the men, most of them play professionally in Sweden.’

Her phone rings, she has to take it, a fellow doctor needs some advice. At least that’s what’s she says when she’s finished: Finnish is one of Europe’s strangest languages and I don’t understand a word.

‘What’s the status of a doctor in Finland?’
‘I think it’s the same as abroad: high. Especially the ones who work in private clinics, because they are also associated with making money. Which for me was also a bit of a moral dilemma: is it okay to make a lot of money after government has already paid for my education? Shouldn’t I work in a public hospital? But fortunately, since I specialised in being a sports doctor, there were no positions for me in public hospitals, so the problem was easily solved,’ she laughs.

‘Is there a big difference between public hospitals and private?’
‘The quality is basically the same,’ she says, ‘the level is high everywhere, compared to certain other countries. Here you are safe in every hospital, you’ll be taken care of. I see that foreigners are sometimes worried when I send them to a public hospital for further treatment – we don’t do everything. Yet. The difference with public hospitals is that we are much more financially efficient. Public healthcare could be much cheaper, I think. I know.’

‘Is your government good, in general?’
Having prepared this question, she reads her answer ‘A problem is that labour has become too expensive, so it’s been taken abroad, which causes more unemployment. And there are too many political parties, so it’s difficult to make good decisions; it takes too much energy to reach a consensus. On the other hand Finland is fair: no bribery, judges and police are just.’

‘Do you like living here?’
‘I love it. I have roots here. I share the same mentality with the others. Finns are quite homogeneous.’

‘Still? Even with all these new people?’
‘In the country it’s still blue eyes and blond hair everywhere, but the Helsinki area has changed a lot, yes. We’re getting good and not so good areas, where the new people live. In my childhood it was different, you would play with everybody, of all classes, also in the new areas where all the blocks of flats were built. It worries me a bit, for my children. I hope they are not too blue eyed, too naïve.’

‘What about the civil war?’ The Finnish fought a serious civil war in 1914, between the socialists ‘the reds’, on one hand and the conservatives, ‘the whites’ on the other. The whites won.

‘That’s too long ago,’ Pippa says, ‘It no longer plays a role. In my family, for example, my grandmother on my mother’s side was a famous white and on my father’s side they were all red. It doesn’t even seem like my history, not like the Second World War, when my dad was born. I feel it has no influence on today’s society. Our relationship with the Russians, our neighbours, however is still problematic. We fought them in the war, we were told how bad they were and a lot of people still don’t like them at all – though this is unspoken… They come here, buy a lot of things, drive aggressively in SUVs, very nouveau riche. Last year they bought our best ice hockey team and made them play in their league.’

She’s looking at her watch. Time management. Last subject: ‘What does Europe mean to you?’

‘Some things could be better. And I don’t think it’s right that we’re taking responsibility for other countries like Greece, Cyprus, and Portugal. We said no to Greece and I must say that then I was very proud of the Finnish politicians; they were firm and held their ground.  It’s simple: if you spend more than you’re earning, you’re responsible for the problems that arise. Giving these countries money doesn’t help them. It’s like a dog. If you always lead it to the couch, it won’t learn that it’s not allowed to sit on it.’