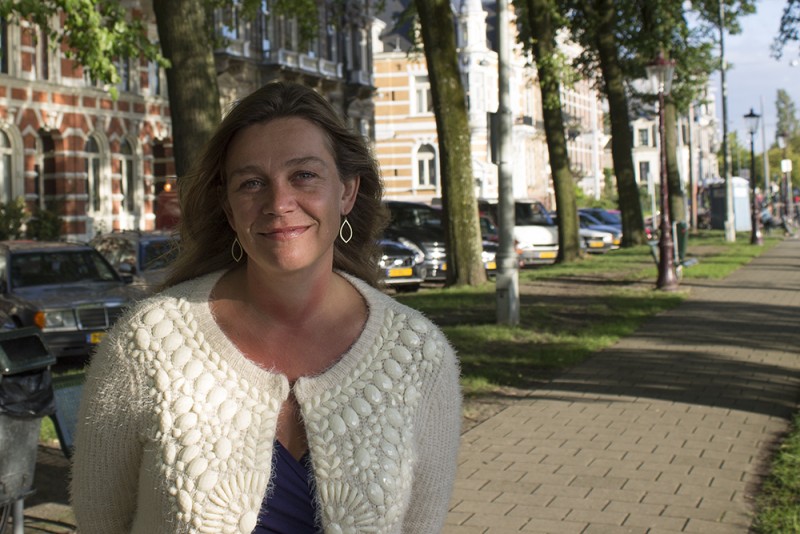 ‘I would like to be more international than I am now, because you have to offer real talent more than just work in the Netherlands. But so far I have only had an office in Spain. It wasn’t even necessary, I hadn’t reached capacity here, but I just thought it would be fun. That’s usually what motivates me.’

Inez owns LinQ, a temporary employment agency for students, with offices in several Dutch cities, including Amsterdam and Utrecht. The concept is unique: operating on the principle that good people know other good people, the company uses Linqers, active students, to find suitable candidates in their own networks. ‘For me, the students are more than just a warm body with brains,’ says Inez. ‘We hope that training and work experience will help the students to make conscious career choices. Right now many starters base their choices on what their family or friends think.’ Inez started the company in 2002 when she was still a law student herself.

‘Students are always interested in going abroad, but they are often unable to finance this. There is work for them there, for example in call centres, because many Spaniards don’t speak any English at all. It was a great adventure, especially since I got to travel to Barcelona every two weeks. I left in 2009, when youth unemployment in Spain hit 40%. Just in time. Now my husband and I are dreaming of Turkey. As a family we are not set on staying in the Netherlands. And if we want to leave, we should start making arrangements. It should be interesting. There is no competition in the student market – we would be the first. But I’m still not ready to leave here.’

I’ve known Inez for around nine years; we once belonged to the same business club. The Entrepreneurs’ Organization (EO) is a US-based organization, active around the world, which has approximately 100 members in the Netherlands. We met once a month in our respective sub-groups to talk about ways of improving our entrepreneurship. Having become a writer and a journalist, I haven’t been an entrepreneur for seven or more years, but she is still active. At 1m85, Inez is a powerhouse: charming, optimistic and intelligent.

What is it like to be an entrepreneur in the Netherlands?

‘I have always felt that everything is possible as long as you have a good business plan. The thresholds are low, and I have never had any trouble. Now that so much can be done digitally, the paperwork is not bad at all. I know that many entrepreneurs would not agree, and yes, I have also noticed that the banks are not exactly relaxed right now. When I started out, it was easy to get credit. But now they insist on personal liability.’

Does the government help?

‘Well, I was ignorant and enthusiast when I started out, and I never expected the government to do anything for me. I do think it’s a good that government is investing in exports, via the Agency for International Business and Cooperation. I took part in some of their trade missions: to Spain, Turkey and China. It led to some good contacts, and some great experiences. I remember a dinner in Turkey: I was heavily pregnant and seated as a guest of honour at the minister’s table. It was a real circus, and great fun.’

Do you have to pay for that?

‘Yes, but the price is reasonable. You pay your own travel expenses, and something like 1,000 euros for match-making and the programme.’

What is the status of an entrepreneur in the Netherlands?

‘In the 70s and the 80s, it wasn’t very good, and entrepreneurship was a dirty word. But now all students want to be entrepreneurs. They want to get their hands dirty. They may not have a very clear idea of the amount of work involved, but it’s sexy. Just look at TV programmes like Dragon’s Den, and school initiatives. Companies could do more to take advantage of this by giving internships a more entrepreneurial profile.’

What does your family think of your work?

I come from a family of entrepreneurs – it just skipped a generation.’ Inez van Oord’s aunt Inez founded, and has since sold, the successful magazine Happinez, but above all the family name is linked to the international dredging and land reclamation company Van Oord. ‘It took some getting used to in my immediate family.’

Europe. How much of it have you seen?

‘Actually, I have seen more of the rest of the world. But I lived in Spain for a year, and in France for five years when I was a child. I would like to do more in Europe, for example, in the ‘new’ European countries in Eastern Europe. Or in Croatia. I have a feeling that there is still a lot of potential in my sector, which is still underdeveloped there; that is where the opportunities are.’

How much EU influence do you see?

‘I would like to see more of it! I have an idea that there are a lot of European initiatives at the entrepreneurial level. For example, in my profession, many companies, certainly the multinationals, would like to go cross-border in terms of talent development. But they are doing very little is this are right now. It’s still too distant, and maybe the market demand isn’t there yet.’

If you were the CEO of the EU, what would you do?

‘I would do more to encourage the exchange of talent. We are a single market now, and we are already starting to see the effects, for example, with respect to the Dutch culture of mediocre academic performance. That is becoming untenable. Talent should have equal opportunity, and that is not the case: there are more than enough ambitious people, especially in the new Europe, who want to get ahead, but who don’t have the opportunities that spoiled Dutch students have in terms of their development and finances. Take my au-pair. She’s Romanian, and she takes advantage of every available opportunity. She started an au pair agency here three years ago. Now all of my friends have found someone through her.’

Is the EU well managed?

‘I don’t really know, to be honest. I believe in the importance and the strength of a union of countries that wants to change things, and does so. So much has already been accomplished, but we tend to take it for granted. I’m an entrepreneur, you know, I think positive….’